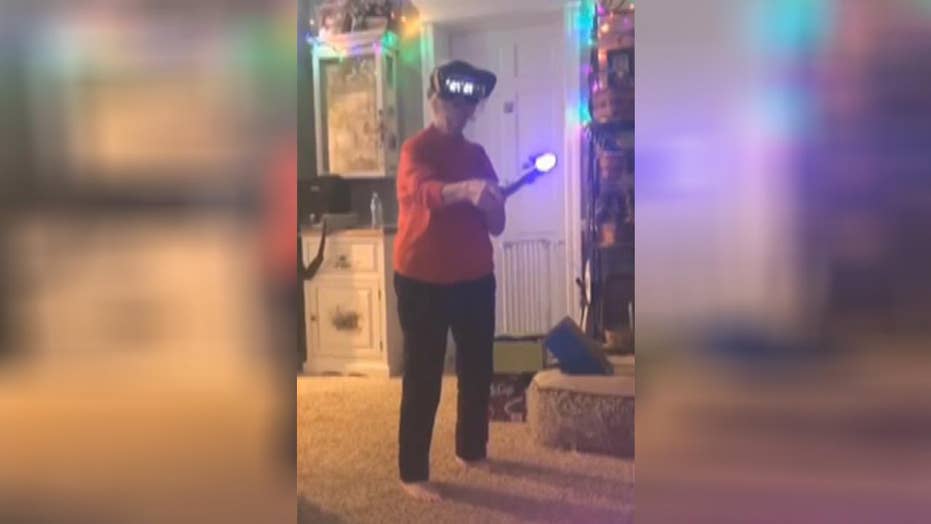 Whoever named the latest "Star Wars" movie "The Last Jedi" clearly wasn't aware of this Ohio grandma's skill with a lightsaber.

Showing real promise as a Jedi Master (or at least a Padawan, or apprentice), she was captured on video celebrating Christmas by playing an augmented reality "Star Wars" video game.

Heather Hrutkay, an Ohio University student, took to Twitter on Monday with the video of her grandmother playing "Star Wars: Jedi Challenges."

“I got the virtual reality 'Jedi Challege' for Christmas and my grandma wanted to play. Please enjoy her fighting Darth Maul,” Hrutkay posted.

The grandmother can be seen swinging her Jedi weapon this way and that as she screams and dances with joy.

"Star Wars" baddie Maul "is going to get me for sure. Ahhh!” she says excitedly in the 20-second clip.

The grandmother’s glee playing with the game caught users’ attention. The video had been viewed more than 3,000 times as of Thursday.