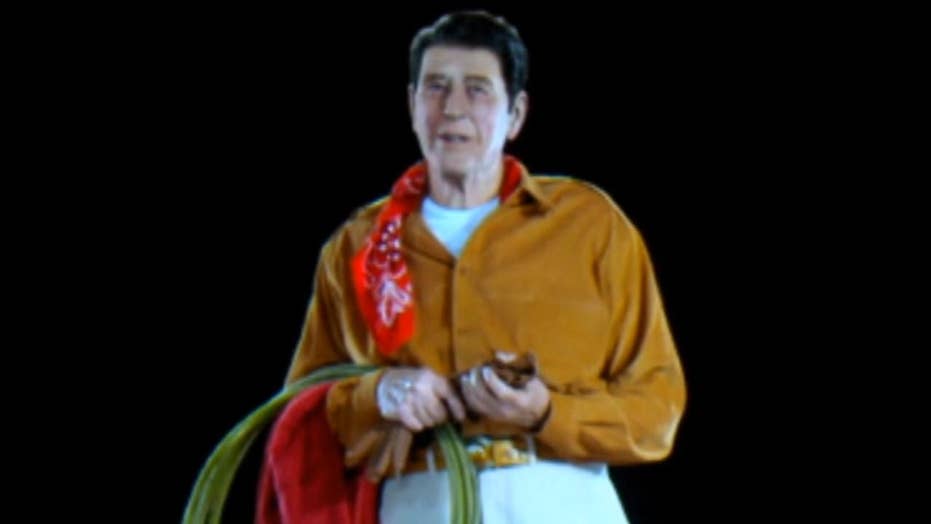 Hologram of the 40th president set to be unveiled at the Ronald Reagan Presidential Library. Jonathan Hunt reports from Simi Valley, California.

Every four years, Republican presidential hopefuls invoke the spirit of President Ronald Reagan. Now at his library in Simi Valley, Calif., that spirit has become a virtual reality.

On Thursday, the Ronald Reagan Presidential Library will reveal three holograms of the 40th president to the public, bringing him to life in a way never before seen.

“To reach back in time and to create, scientifically, a hologram of someone that's passed like President Reagan, you have to do a phenomenal number of things technologically to bring him to life,” said John Heubusch, the library’s executive director. “And we’ve achieved it.”

In three different settings— at his California ranch, in the Oval Office and on his 1984 whistle-stop campaign tour— visitors will hear the late president in his own voice as he appears before them in a small theater. The holograms will play at the beginning of the library tour.

Bringing the president to life took a year and a half of trial-and-error.

“We searched for many months to try to find an actor that was close enough that, with some makeup, they’d look like President Reagan,” Heubusch told Fox News. “But we couldn’t find anyone and we searched the world over.”

Instead, the library found an actor who matched Reagan’s build and could replicate his mannerisms. Using computer-generated imagery, they married Reagan’s head with the actor’s body, creating a seamless, holographic image of President Reagan.

Back in 2012, the world was wowed when rapper Tupac Shakur was brought to life via a hologram on stage at the Coachella music festival. While it was impressive, the Reagan hologram creators say it’s much more difficult to present a hologram in a museum setting.

“This was our most challenging hologram ever,” said David Nussbaum of Hologram USA, emphasizing that many holograms are viewed from hundreds of feet away. “It had to be perfect. No pixelation. No rough around the edges. And it had to look exactly like President Reagan.”

How close is this representation of Reagan? “I’d say 99.9 percent,” said Heubusch. “I think he would find it just incredible that we could bring him back to life in this way.”