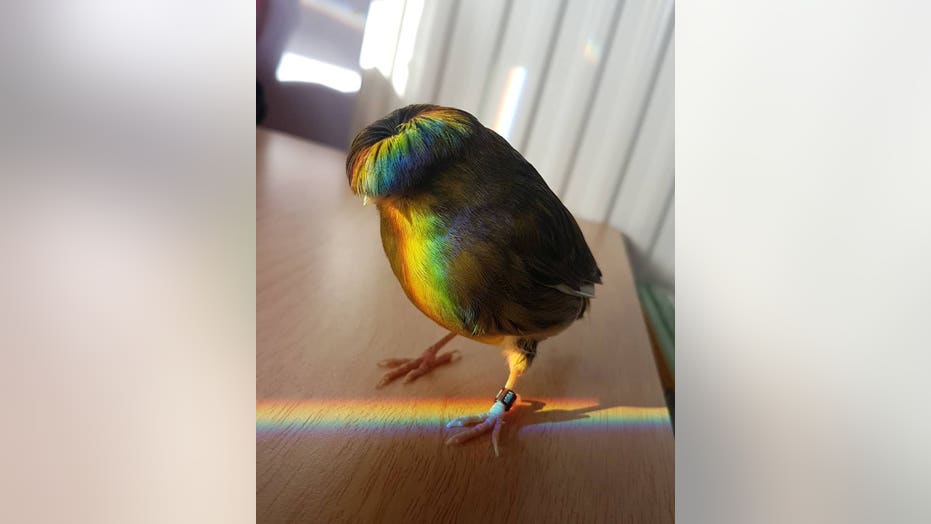 A canary in the U.K. has gone viral after onlookers saw pictures of its "moptop hair," including one that shows a rainbow splashed all across the bird.

The bird, known as Barry, has garnered more than 8,500 followers and 300,000 likes on Instagram, British news agency SWNS reports. The amount of attention has come as a shock to owner, George Shute.

"I made a post of Barry in a rainbow and it got a lot of positive reaction," George said in comments obtained by the news outlet. "I put it on Instagram, and it spiraled on there. It found its way on to Twitter but I didn’t get the credit, it got 320,000 likes."

A pet canary has become an internet star with its moptop hair - including a rainbow makeover (Credit: SWNS)

Shute's posts on Instagram include Barry doing funny poses, as well as him singing. She started the account on the social network after she posted a picture of him to her website and saw the reaction from onlookers.

"People wanted to hear him sing so I spent an entire two days trying to get him to sing to the camera -- he’s actually a bit camera shy," Shute explained. "When he sees the camera he kind-of freezes. But he lives a pampered lifestyle -- he’s quite a diva."

Barry's Beatles-esque hairdo has earned him more than 8,500 followers and over 300,000 likes on Instagram. (Credit: SWNS)

Georgie's mother, Carole, said she thinks it's the hairstyle that has caused the commotion.

"He’s a Gloster canary and the haircut is natural, but I don’t think they’re that common, people have not really seen that style of bird before," Carole pointed out. "With the rainbow picture, it just sparked people’s interest."

Pictures and videos of him can be found on Instagram at @barrybirb.