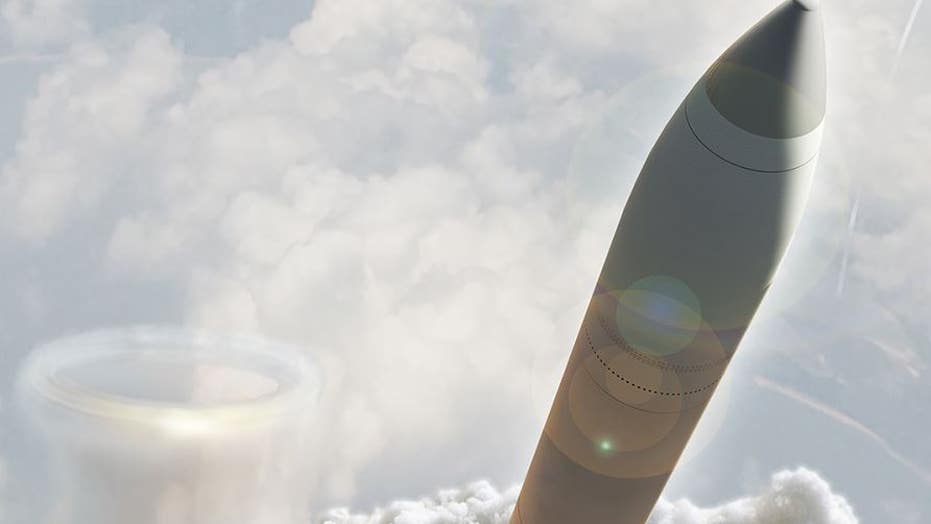 The Pentagon will have new, upgraded nuclear-armed Intercontinental Ballistic Missiles operational by 2029, launching a new era in nuclear weapons technology -- to include improved targeting, guidance technology and overall resilience against enemy attacks and attempted intercepts.

The Air Force plans to fire off new prototype ICBMs in the early 2020s, assessing new ICBMs with improved range, durability, targeting technology and overall lethality when compared to the existing arsenal. The new arsenal of ICBMs will serve well into the 2070s – called Ground-Based Strategic Deterrent, or GBSD. The service has at times been discussing the progress of the program but is now specifying when the new weapons will be ready.

The goal of the program is both clear and self-evident, as described in an Air Force report by Maj. Gen. Shaun Morris, Strategic Systems Program Executive Officer. In the service's official 2018 Annual Acquisition Report, Morris described the purpose of the program as “ensuring our strategic deterrent is never doubted and always feared.” "Fear," in fact, forms the basis of strategic deterrence -- as knowledge of assured retaliatory destruction keeps potential enemies from contemplating a first strike. For this reason, Morris' reasoning does, the threat of nuclear attack must be modern, effective and sustainable.

The timeline of the weapons systems, which is slated to be operational within a decade, is also crucial, according to Morris, who said “The Air Force Nuclear Weapons Center is focused on building schedule margin and reducing schedule risk to deliver our major nuclear recapitalization programs with time certainty,” according to a written statement in the report.

Given the aging arsenal of Minuteman III ICBMs, this program is taking center stage for the Air Force. The service has awarded two developmental deals to Northrop Grumman and Boeing and may fire off early prototypes as soon as next year, Air Force weapons developers have told Warrior.

“Our land-based ICBMs were designed in the 60s and began to be put in place in the early ‘70s. We are still operating the same systems. We have parts obsolescence -- so the plan relies upon bringing GBSD into the system so we can offset some of these old systems,” Retired Lt. Gen. David Deptula, Dean of the Mitchell Institute for Aerospace Studies - and Warrior Maven contributor - told Warrior.

Overall, the Air Force plans to build as many as 400 new GBSD weapons to modernize the arsenal and replace the 1970s-era Boeing-built Minuteman IIIs.

The new weapons will be engineered with improved guidance technology, boosters, flight systems and command and control systems, compared to the existing Minuteman III missiles. The weapon will also have upgraded circuitry and be built with a mind to long-term maintenance and sustainability, developers said. Initial subsystem prototypes are included within the scope of the current Boeing and Northrop deals, service developers said. Senior nuclear weapons developers have told Warrior that upgraded guidance packages, durability and new targeting technology are all among areas of current developmental emphasis for the GBSD.

Efforts to ensure the new ICBM is resilient and sustainable are of crucial importance moving forward, given that potential adversaries are fast-developing new technologies and weapons aimed at knocking out, intercepting or destroying ICBMs. Missile defense, such as the U.S. Ground-Based Interceptors, are integrating new sensors able to better discriminate actual warheads from debris, decoys or other structures, making them easier to intercept. While many of the details of this kind of technology are, quite naturally, not available for security reasons, the broad aim of “hardening” the missile’s sensors, networking technology, command and control and flight trajectory is taking on increased urgency.

For instance, both China and Russia are known to be developing advanced anti-satellite weapons, space-lasers and hypersonic weapons which can travel at the edge of the earth’s atmosphere. These developments make guidance and targeting and actual operational status of ICBMs much more vulnerable to attack. Accordingly, various kinds of built-in defenses, sensors and warning systems are quite likely to figure prominently in the GBSD development.

One reason why the new GBSD is on track in terms of schedule, Air Force weapons developers say, is because the service has been using cutting edge “digital engineering” techniques. These advanced techniques, which leverage the best computer technology available, enable developers to look at as many as 10 to 20 different designs at one time, Air Force Acquisition Executive William Roper said last Fall. Using these methods, GBSD engineers can tweak designs, make improvements and even assess elements of the system without having to “bend metal.” This ensures that the actual prototypes are ready to fire in the best and most advanced condition available.

The new ICBMs will be deployed roughly within the same geographical expanse in which the current weapons are stationed. In total, dispersed areas across three different sites span 33,600 miles, including missiles in Cheyenne, Wyoming, Minot, North Dakota and Great Falls, Montana.

Meanwhile, while the Air Force fast-tracks GBSD, it is also not fully neglecting the Minuteman IIIs, as they will need to operate into the future as the new ICBMs begin to arrive. Over the years, the Minuteman IIIs have been upgraded a number of times, and the Air Force is now moving on a new “fuze” modernization program for the weapons.

“The Intercontinental Ballistic Missile Fuze Modernization program is designing and developing a replacement for the legacy Mk21 fuze, which is well beyond its planned design life,” the Air Force Annual Acquisition Report states.

The program is a cooperative effort between the Air Force and the Navy that will share common-use technologies and take advantage of the Navy progress on its Trident II D5 nuclear-armed submarine-launched missile. The Air Force report says the service will “ leverage the Navy’s extensive fuze work currently being performed on the Mark 5 Alteration 370 fuze program planned for deployment onboard the Navy’s Trident II D5.”