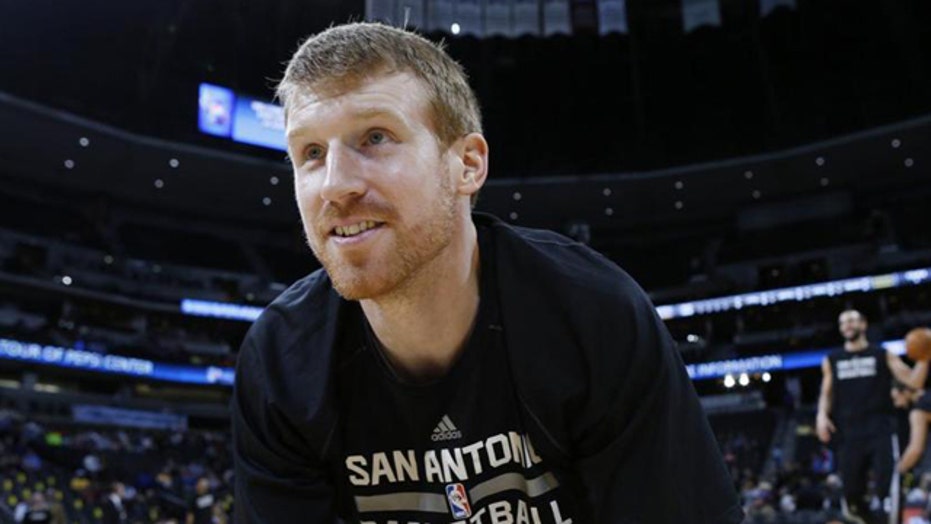 Basketball player Matt Bonner says that upgrading to an iPhone 6 took a toll on his shooting last season, blaming the large-screen smartphone for an elbow injury that impacted his performances for the San Antonio Spurs.

The renowned 3-point shooter, now a free agent, discussed his iPhone-related shooting woes in an interview with Concord Monitor Sunday. The injury to Bonner’s left (non-shooting) elbow lasted from early December to the All-Star break, according to the report.

The 6-foot-10 power forward made just 36.5 percent of his shots from beyond the arc last season, compared to 41.4 percent during his 11-year NBA career.

“I hate to make excuses, I was raised to never make excuses, but I went through a two-and-a-half month stretch where I had really bad tennis elbow, and during that stretch it made it so painful for me to shoot I’d almost be cringing before I even caught the ball like, ‘Oh, this is going to kill,’ ” he said.

“Everybody is going to find this hilarious, but here’s my theory on how I got it,” Bonner added. “When the new iPhone came out it was way bigger than the last one, and I think because I got that new phone it was a strain to use it, you have to stretch further to hit the buttons, and I honestly think that’s how I ended up developing it.”

Apple unveiled the latest additions to its iPhone range last September, with CEO Tim Cook touting the iPhone 6 and iPhone 6 Plus as the biggest advancements in iPhone history.