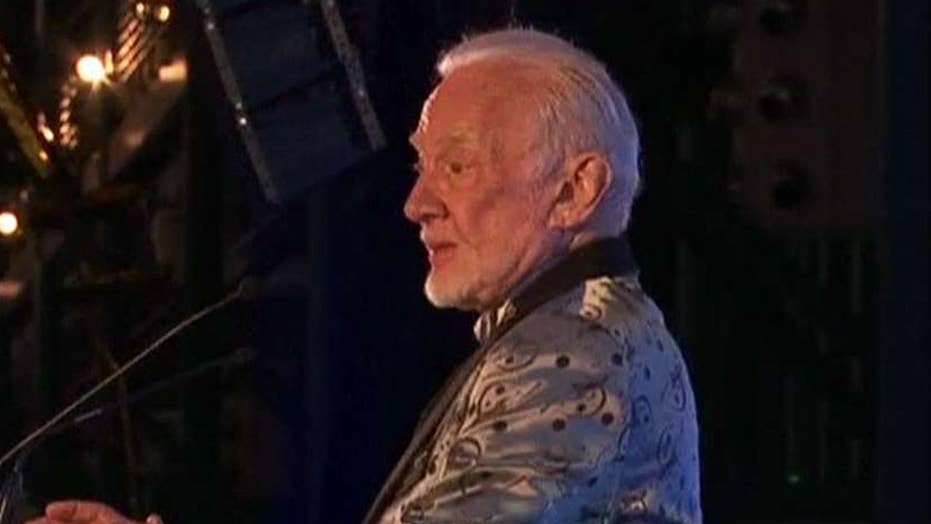 Astronaut rolls out the red carpet to the Red Planet

NASA has long said it would be able to send a manned mission to Mars, sometime during the 2030s. Now, in a bombshell announcement, the space agency has admitted it can't afford the price tag.

On July 12, during a propulsion meeting of the American Institute for Aeronautics and Astronautics, NASA's William Gerstenmaier, the agency's chief of human spaceflight, said the funds just are not there for a mission.

VICE PRESIDENT PENCE CALLS FOR RETURN TO THE MOON, BOOTS ON MARS

"I can't put a date on humans on Mars, and the reason really is ... at the budget levels we described, this roughly 2 percent increase, we don't have the surface systems available for Mars," Gerstenmaier said, according to an Ars Technica report. "And that entry, descent and landing is a huge challenge for us for Mars."

In response to an inquiry, a NASA spokeswoman said the agency still has sending humans to Mars as a goal.

"NASA’s horizon goal of sending humans to the surface of Mars has not changed," NASA said via email to Fox News. "The plan has always been Mars orbit first and then surface exploration. We are working on a number of technologies to reach that milestone, and our systems, including the Space Launch System rocket and Orion spacecraft, are designed to be flexible and increase our capabilities incrementally. We work strategically within the year-to-year budgeting process to plan for future needs and undertake our challenging work within existing funding."

For the 2017 fiscal year, NASA has a budget of $19.5 billion, a figure that many scientists have cried is inadequate.

The proposed total Federal budget for 2018 is $4.1 trillion.

The cost of a manned mission to Mars has varied greatly in recent years. In 2012, Brent Sherwood, NASA's Jet Propulsion Laboratory Manager of Planetary Mission Formulation, said it could cost approximately $100 billion over 30 or 40 years. Director of the Mars Institute Pascal Lee recently said it could cost up to $1 trillion over 25 years.

SpaceX CEO Elon Musk has also come up with a cost for a manned mission to Mars. He estimates it would initially cost $10 billion per person to get a colony up and running, but believes the cost could drop to $200,000, according to a paper published by Musk in June 2017.

Part of the cost drop could be reusable rockets, something SpaceX and Musk have been working on perfecting.

Using private industry may be the way to go for humanity to get to Mars, at least according to some in the Trump administration.

Pence has also spoken at NASA, calling for a return to the Moon, saying, "America will lead in space once again."