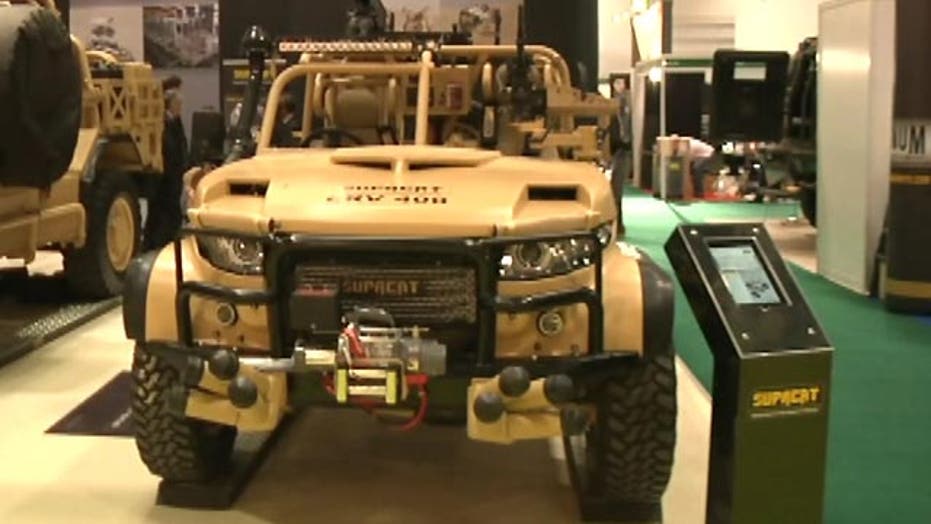 The Supacat Light Reconnaissance Vehicle 400 (or LRV 400) prototype made its debut in September at the world's largest defense defense and security trade show. At the biennial Defense and Security Equipment International (DSEI) fair, buyers and sellers of top military tech from around the world convened in London.

The LRV 400 is the result of a partnership with race vehicle designers; the high performance off road military vehicle used the Qt Wildcat race vehicle as a point of departure. Reflecting its racing roots, the vehicle has 300 mm travel race derived hydraulic shock absorbers.

It can reach speeds of over 100 mph -- and beyond the guns, it has a very unusual accessory.

"Anybody will tell you, no British soldier is happy unless he's got a cup of tea," explained James Clarke from Supacat. "So on here we've got a boiling vessel that constantly maintains just the right temperature."