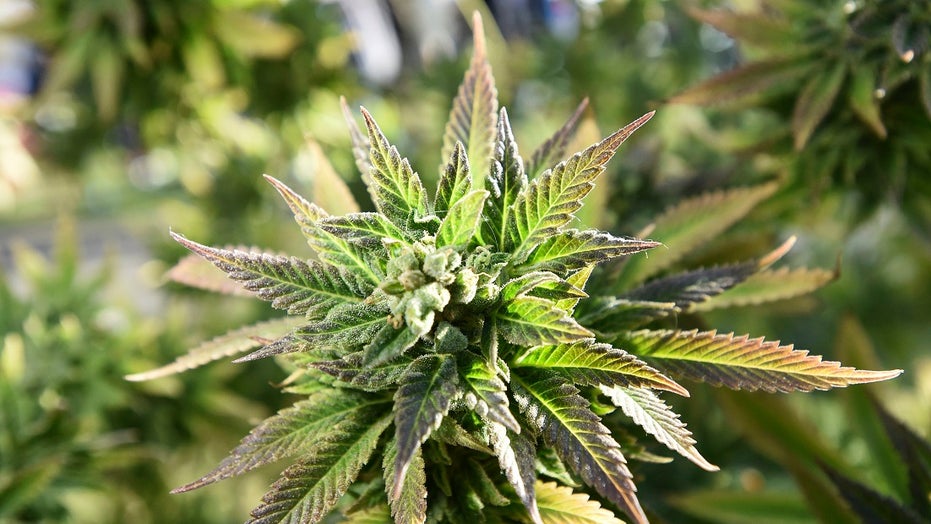 Los Angeles County prosecutors are partnering with a nonprofit technology firm to wipe out or reduce up to 66,000 marijuana convictions that disproportionately impacted minorities over decades.

The effort comes several years after California voters legalized the drug. The county is working with Code for America, which uses a program to find cases among decades-old court documents that are eligible under the program.

"The dismissal of tens of thousands of old cannabis-related convictions in Los Angeles County will bring much-needed relief to communities of color that disproportionately suffered the unjust consequences of our nation's drug laws," District Attorney Jackie Lacey said in a statement.

SOME OF THE HEFTIEST COAST GUARD DRUG BUSTS

Los Angeles County District Attorney Jackie Lacey speaks during a discussion in Salt Lake City. Los Angeles-area prosecutors are joining other district attorneys to use technology to wipe out or reduce as many as 66,000 old marijuana convictions years after California voters broadly legalized the drug. (AP Photo/Rick Bowmer, File)

On Thursday, a judge granted a request from prosecutors to dismiss 62,000 felony marijuana convictions dating back to 1961. Lacey's office also asked the court to erase 4,000 misdemeanor marijuana possession cases.

Of 53,000 people in Los Angeles County who have obtained relief under the plan, approximately 45 percent are Latino, 32 percent are African American, 20 percent are white and 3 percent are other or unknown.

Studies have shown communities of color have borne the brunt of marijuana enforcement efforts even though whites use and sell marijuana at similar rates. Blacks are jailed at higher rates in California for marijuana-related crimes even though they account for only 6 percent of the state's population.

In an effort to expand the program, Code for America has offered its services to all 58 district attorneys in the state.

"This is a clear demonstration that automatic record clearance is possible at scale and can help to right the wrongs of the failed war on drugs," Evonne Silva, Code for America's senior program director of criminal justice, said in a statement.

The computer program identifies eligible cases and fills out forms to file with courts. It can analyze conviction eligibility for about 10,000 people per minute, as opposed to the time it would take employees to dig through records.

With the latest action, Code for America will have helped dismiss more than 85,000 marijuana convictions in five counties including San Francisco, Sacramento, San Joaquin and Contra Costa, officials said.