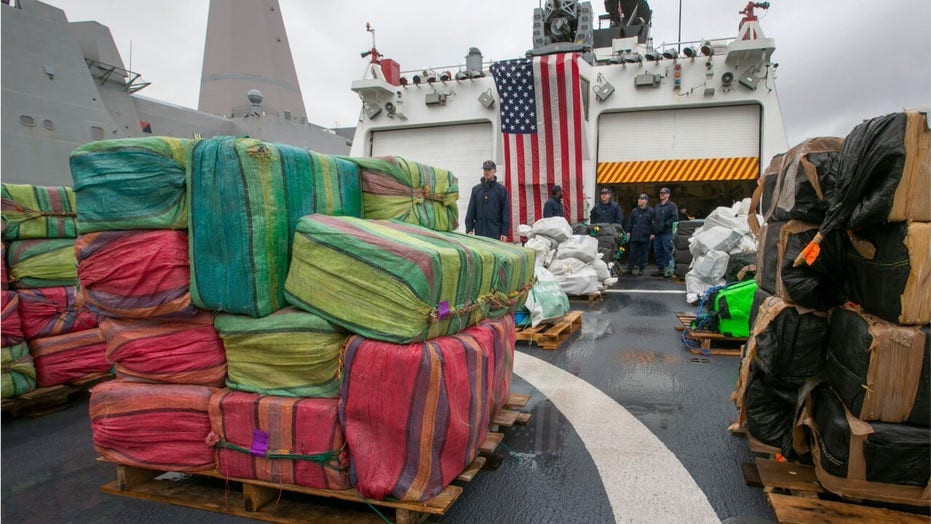 Some of the heftiest Coast Guard drug busts

The Coast Guard has made record drug seizures in recent years as authorities step up efforts to stem the flow of illegal drugs into the United States.

Below is a list of some of the biggest seizures made by the agency.

The U.S. Coast Guard cutter James seized 28,000 pounds of cocaine and 11,000 pounds of marijuana in parts of the Carribean and the eastern portion of the Pacific Ocean, according to a Coast Guard press release in October.

The hual was worth an estimated $377 million and was offloaded in Florida. The seizures were made during several interdictions.

"These drugs will not reach Main Street USA due to the efforts of the James crew and other Coast Guard cutters involved in these interdictions," said Capt. Jeffrey Randall, Coast Guard cutter James commanding officer, said at the time.

In 2007, the branch seized 43,000 pounds of cocaine hidden in two containers aboard a ship off the coast of Panama. Two California-based ships intercepted the ship after an aircraft patrol spotted the vessel the previous day.

Members of the Coast Guard cutter Hamilton stand next to more than two dozens tons of cocaine.

In December, the Coast Guard offloaded $312 million worth of cocaine from smugglers in the Pacific Ocean. The 18,000-pound hual resulted from several interdictions in a two-month period in a portion of the ocean often used by drug smugglers.

The drugs were offloaded in San Diego and turned over to federal agents for prosecutions cases against the traffickers.

Coast Guard service members went viral in July when a video showed them jumping onto a moving drug-smuggling submarine. One crewmember of the cutter Munro leaped onto the vessel and was recorded prying open the hatch to find an unidentified man. 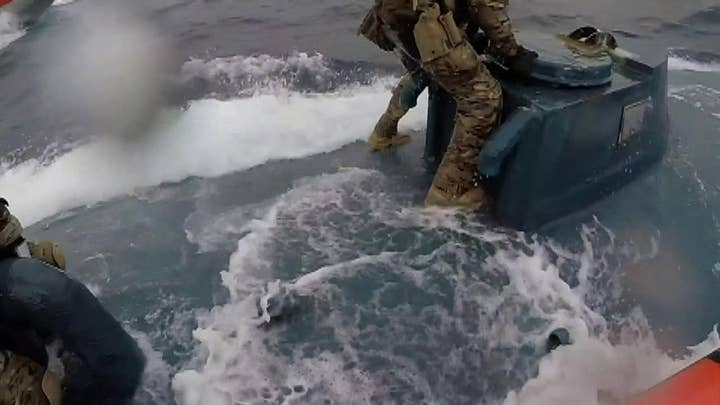 In total, five suspected smugglers and drugs worth an estimated $322 million were found. President Trump tweeted a video of the operation accompanied by a post saying: "Do you believe this kind of bravery? Amazing drug seizure. WATCH!"

Coast Guard members confiscated an estimated $92 million worth of cocaine in October. The drugs were taken from four drug-smuggling vessels near the coasts of Mexico, Central American and South American between July and October.