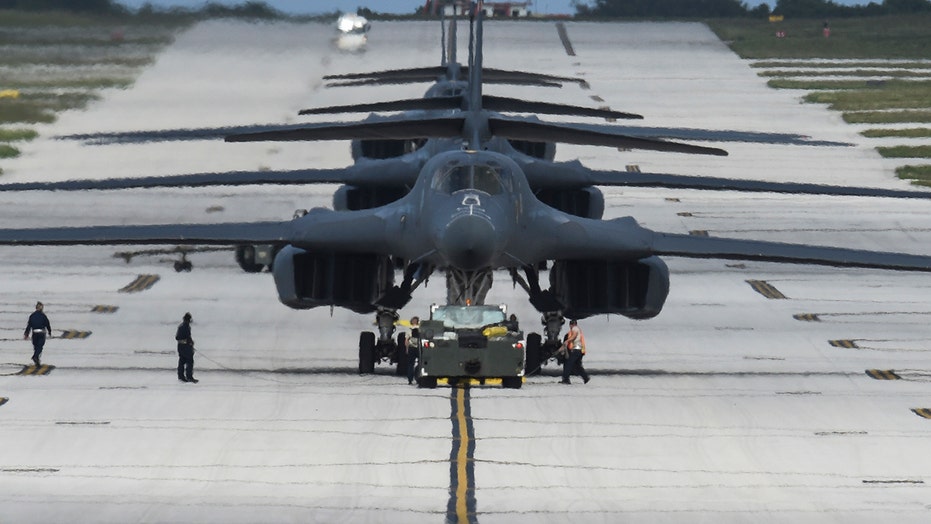 What kind of impact would land-based air defenses, increased ISR (Intelligence Surveillance Reconnaissance) operations and more bomber patrols have upon U.S. deterrence efforts in the Pacific Theater? Is this question taking on additional relevance and urgency in light of Chinese maneuvers near Taiwan and the South China Sea?

The impact of adding these systems would be both substantial and helpful, according to members of Congress now proposing as much as $6.09 billion in additional funds for a so-described “Indo Pacific Deterrence Initiative.” The proposed legislation would fund a “permanent and persistent land-based integrated air and missile defense and associated weapons delivery system on Guam.”

A group of lawmakers, led by House Armed Services Committee ranking member Rep. Mac Thornberry (R-Texas), are requesting this massive plus up in funding for the Pacific, which also includes increased funding for undersea warfare. Such a proposal for the 2021 budget, while first announced in April of this year, seems to take on even more relevance in light of current Chinese maneuvers near Taiwan and the South China Sea. While the proposed legislation of course does not advocate any kind of provocation or military action, it does call for increased U.S.-allied training exercises and specifically cites a need to deter Chinese hostility. The apparent aim of the initiative, it seems clear, would be to increase peace and stability in the region by virtue of increasing a U.S. footprint there.

“These are not all new programs, but by pulling them together under one policy we will be better able to judge our own commitment here at home, demonstrate our resolve to our allies and partners, and deter China,” Thornberry said in a “discussion draft” statement on the proposal earlier this year.

The request, which has the backing of more than 15 members of Congress from both parties, also calls for additional missile defense radar in Hawaii and the placement of long-range precision fires systems throughout the region.

There are several pertinent and timely nuances to consider along with some of these questions. The proposal would fortify existing strategic movements already underway in the region. The U.S. already operates B-2, B-52 and B-1b bomber patrols from Guam, bases several maritime-specific Triton drones on the U.S. territory and often conducts joint-training maneuvers with allies in the Pacific area. Many of the missions, which include both ISR missions and peacekeeping freedom of navigation patrols, are of course aimed at sending a message of deterrence and stability to China. China has moved more surface and air assets throughout the region, sent carriers toward the South China Sea and conducted aircraft patrols near Taiwan. Taiwan has expressed growing concern, according to many news reports.

Strategic thinking along the lines of this proposal seems already underway in some respects, given that the U.S. Navy has been conducting coordinated, dual-aircraft carrier attack training operations and increased Poseidon sub-hunting patrols in and around the South China Sea. Aerial surveillance and submarine missions of course take on additional strategic significance in coastal areas around the islands in the South China Sea, given that the shallow waters make it difficult for deeper-draft Navy ships to operate.

China’s current increases in activities viewed by U.S. leaders as provocative have increased in the region, following the escalation of coronavirus-related tensions between the U.S. and China. China's massive and ambitious military modernization campaign, which is now pursuing new indigenous carriers, 5th-gen fighters and more amphibious assault ships, has of course captured the attention of U.S. lawmakers and military leaders. Many U.S. military leaders are also expressing concern about China’s overt, and rather transparent effort, to assert itself as an international power exerting influence throughout the globe. At the same time, the U.S.-China relationship is not without complexities and additional, impactful dynamics; the two countries engage in substantial economic activities between businesses and have, at several points in recent years, even conducted friendly “port visits.” So, there are some areas of potential cooperation, however such ties are increasingly strained at the moment, for obvious reasons, and lawmakers requesting additional military support for the region seem to see the possibility as a stability “enhancing” effort to deter Chinese hostility and provocations in the Pacific.

Some of the many additional Congressional supporters of the proposal include Rep. Michael Waltz, (R-Fla), Rep. Ed Case, (D-Hawaii) and Rep. Michael Turner, (R-Ohio).