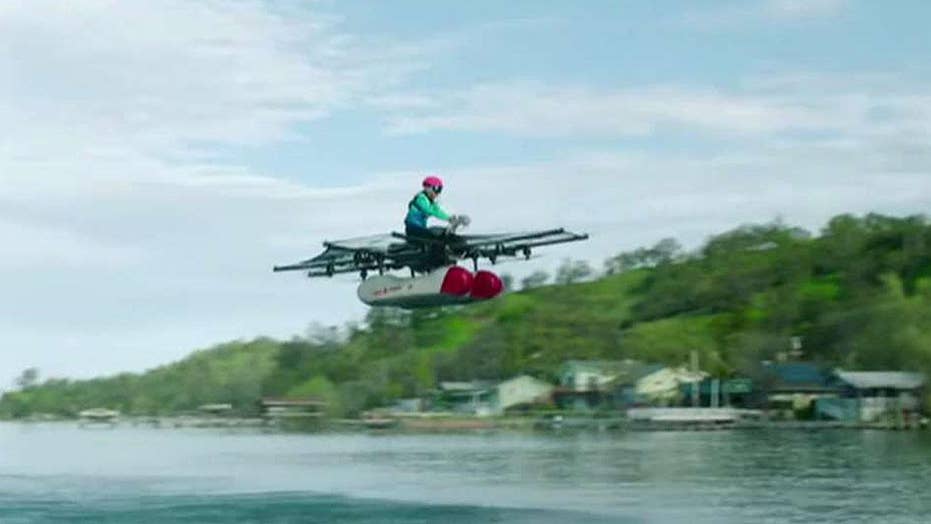 Kitty Hawk has unveiled its Flyer, a ‘flying car’ prototype that takes off and lands vertically over water.

“We’ve designed our first version specifically to fly over water,” the company explains, on its website. “You don’t need a pilot’s license and you’ll learn to fly it in minutes.”

The Flyer can automatically hold an altitude of 15 feet over water.

Kitty Hawk says that the FAA has approved the Flyer to operate in the agency's Ultralight category of aircraft, although its operation is limited to uncongested areas.

Backed by Google co-founder Larry Page, the official version of the Flyer will be available by the end of 2017. Pricing has not yet been released.

A number of tech companies, including Uber, are developing flying cars.