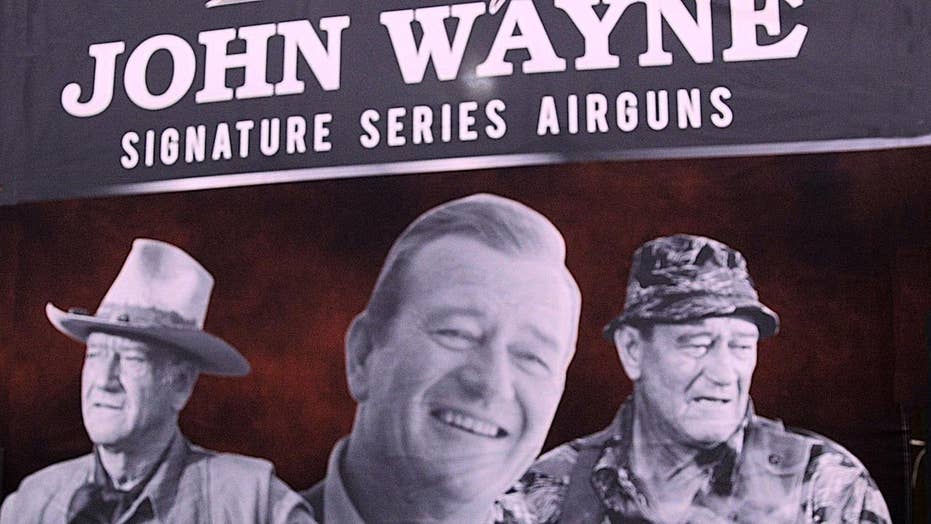 The ‘Lil’ Duke, named after iconic Western hero John Wayne, is a .177 caliber lever-action BB air rifle aimed at beginners and younger shooters. Fun for kids of all ages, it is also a great way for beginners to learn the basics of shooting on a spring repeater.

Revealed at SHOT Show in Las Vegas for 2017, the new rifle has a stained wood stock and John Wayne’s signature is on the action of the gun. An image of Wayne (nicknamed "The Duke") is etched into the butt piece and “‘lil’ duke” into the foregrip.

Making it user friendly and a great starter piece, there is a large loop cocking mechanism. For beginners, this will make it easy to cock and lock.

You can load about 550 BBs into the ‘Lil’ Duke repeater. The air rifle will launch BBs at speeds of up to about 350 feet per second.

The ‘Lil’ Duke is one of many options in the John Wayne series. Other options include the John Wayne 1911 Metal CO2 BB Pistol, the Duke Shootist CO2 Pellet Revolver and the Duke SAA (Single Action Army) Colt Peacemaker CO2 BB Revolver.

The classic Colt SAA .45 revolver was one of John Wayne’s favorite guns. In more than 100 films, the Peacemaker can be seen with the Hollywood legend.

It has a full-metal frame and synthetic grips that have a John Wayne inlay. There’s also a John Wayne signature on the back strap.

The single shot BB revolver is CO2-powered with authentic action. It has a 6-round cylinder with a working ejector rod. There are a number of finishes available like nickel and weathered.