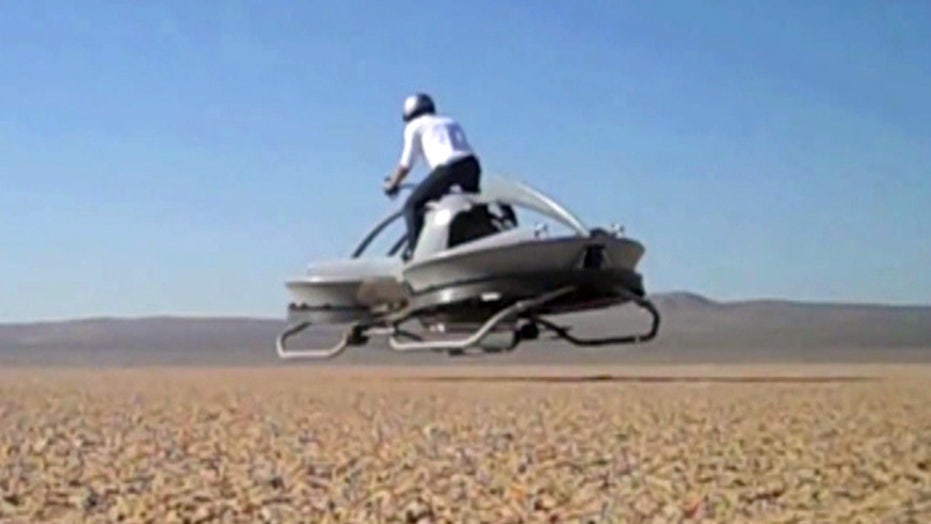 A new proposed helmet model would not only protect soldiers in high heat and humidity, and shield them from chemical and biological agents, but come with a fan to cool them off -- keeping them much more comfortable even in the most uncomfortable and scary situations, Engadget.com says.

Next, our future may look like a scene from "Back to the Future." Aerofex has a hoverbike, Aero-X, that's planned to hit the market by 2017, Engadget.com reports. Two users can ride this motorbike-like vehicle, where the wheels have been replaced with carbon fiber rotors that'll lift you 10 feet into the air. The first model has a top speed of 45 miles per hour, and although it retails for $85,000, can you really put a price on commuting through the air?

Finally, Facebook encourages more oversharing -- just what we all wanted. According to Mashable.com, "the new feature, part of an app update, will use surface cards that reveal relevant posts from friends when you check in at a location or post an activity update, such as watching a movie or traveling to a new city."

So if you're at a movie, you can check in on Facebook and perhaps find your Facebook friends who are also at the same movie or movie theater. This app could be used to avoid uncomfortable run-ins with an ex or a frenemy.