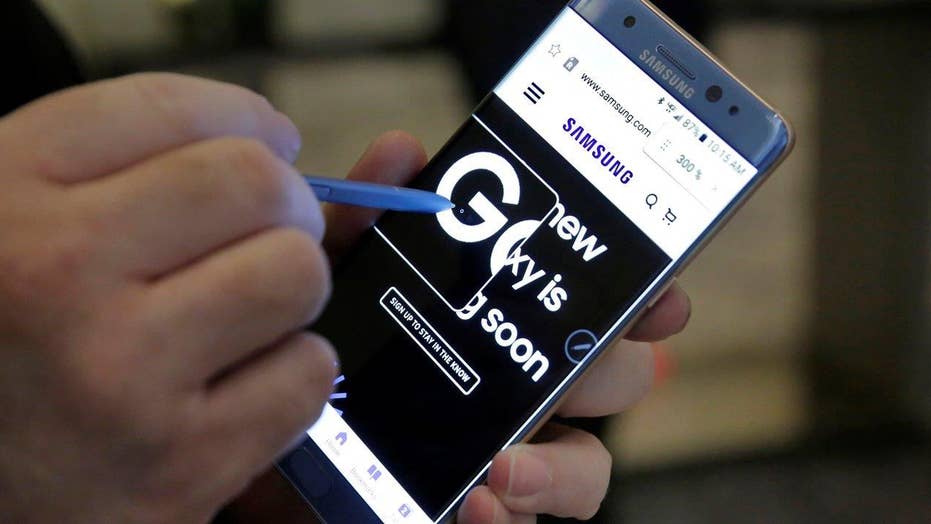 The consumer protection agency cited “serious fire and burn hazards” when it announced the Samsung recall Thursday afternoon. “The lithium-ion battery in the Galaxy Note7 smartphones can overheat and catch fire, posing a serious burn hazard to consumers,” it said, in a note on its website.

“This recall involves the Samsung Galaxy Note7 smartphone sold before September 15, 2016,” it added, in its statement. “The recalled devices have a 5.7 inch screen and were sold in the following colors:  black onyx, blue coral, gold platinum and silver titanium with a matching stylus. Samsung is printed on the top front of the phone and Galaxy Note7 is printed on the back of the phone. “

The recall affects 1 million devices, according to the CPSC.   "Samsung has received 92 reports of the batteries overheating in the U.S., including 26 reports of burns and 55 reports of property damage, including fires in cars and a garage," it said.

Last week the CPSC urged users of the smartphones to stop using the devices. The warning followed reports of the new Note7s exploding or catching fire. Earlier this month, Samsung ordered a global recall of the jumbo phones after its investigation of explosion reports found the rechargeable lithium batteries were at fault.

Announcing the global recall on Sept. 2, Samsung confirmed dozens of cases where Note 7 batteries caught fire or exploded, mostly while charging. It plans a software update that will cap battery recharging at 60 percent capacity to help minimize risks of overheating. But it is urging owners to keep the phones turned off until they can get them replaced, beginning Sept. 19.

Last week the Federal Aviation Administration took the unusual step of warning passengers not to turn on or charge the Note7 during flights.

The Note7, which offers iris scanning technology to unlock the phone, was unveiled in a blaze of publicity last month and garnered rave reviews. The phone’s speed, new software features and — not least — the estimated nine hours it would run between charges, were lauded by reviewers. But all that power comes at a price: users began reporting the phones were catching fire or exploding, in one case incinerating the SUV it had been left in.

On Sept. 2, Samsung’s Mobile President Koh Dong-jin said that an investigation turned up a "tiny error" in the manufacturing process for the faulty batteries in the Note7s that was very difficult to identify. The end of the pouch-shaped battery cell had some flaws that increased the chance of stress or overheating, he explained.

Samsung has not recalled Note7s sold in China, but the company has refused to say which of its two battery suppliers made the faulty batteries or clarify whose batteries are used in which Note 7 smartphones. The company also refused comment on South Korean media reports that it has stopped using batteries from Samsung SDI, one of its two suppliers, in the Note7.