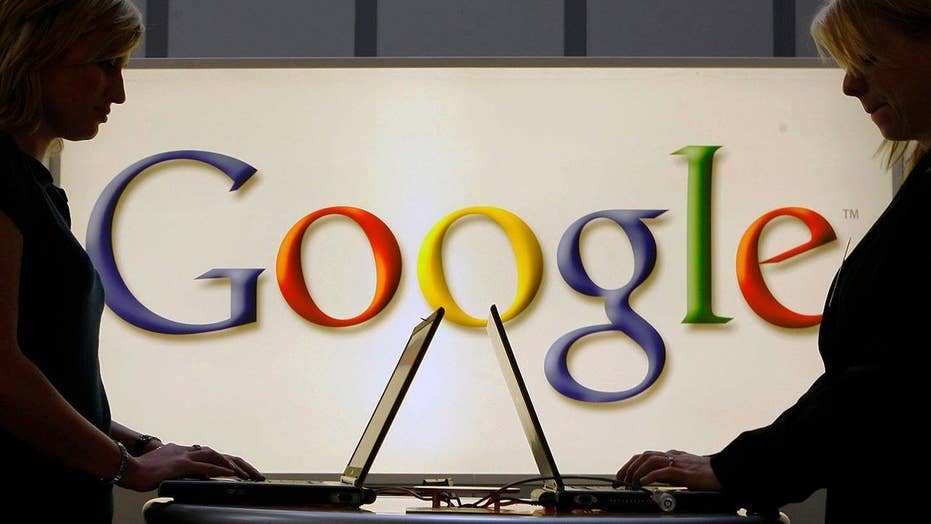 Google is in the spotlight after internal emails show conversations between employees highlighting a desire to manipulate search results on the heels of President Trump’s controversial travel ban in order to mute conservative viewpoints and push ways to combat the ban.

Like many Silicon Valley titans, Google has drawn the ire of conservatives who feel right-leaning views are condemned from within. But internal company emails made public by Fox News’ “Tucker Carlson Tonight” on Thursday appear to show employees wanted to curate Google's algorithm to boost left-leaning political views on immigration.

The emails were written on Jan. 29, 2017 -- two days after Trump signed the initial travel order that resulted in protests across the country. The emails indicate that Google employees suggested ways to “leverage” the search engine to combat what the tech giant staffers considered anti-immigration rhetoric and news.  The email chain, which was first obtained by “Tucker Carlson Tonight” and quickly matched by the Wall Street Journal, shows Google staffers admitting to colleagues that action must be taken immediately to rally against the travel ban.

“Overall idea: Leverage search to highlight important organizations to donate to, current news, etc. to keep people abreast of how they can help as well as the resources available for immigrations [sic] or people traveling,” an email sent by a marketing employee said.

GOOGLE: APPS CAN SCAN AND SHARE YOUR GMAIL DATA, WITH CONSENT

“I know this would require a full on sprint to make happen, but I think this is the sort of super timely and imperative information that we need as we know that this country and Google, would not exist without immigration,” a product manager responded.

According to “Tucker Carlson Tonight,” responses from other Google employees included comments such as, “we’re absolutely in,” and “excellent initiative.” Other emails reveal an employee called the situation a “highly political issue,” while a separate email detailed a “large brainstorm” that was apparently taking place throughout the company.

"These emails were just a brainstorm of ideas, none of which were ever implemented."

The emails show Google staffers chatting about methods to alter the company’s algorithm to point users to pro-immigration organizations, lawmakers and agencies that fit the staffers’ political beliefs. Google didn’t deny the validity of the emails and provided the same response to both “Tucker Carlson Tonight” and the Wall Street Journal.

"These emails were just a brainstorm of ideas, none of which were ever implemented. Google has never manipulated its search results or modified any of its products to promote a particular political ideology -- not in the current campaign season, not during the 2016 election, and not in the aftermath of President Trump’s executive order on immigration. Our processes and policies would not have allowed for any manipulation of search results to promote political ideologies,” a Google spokesperson said.

A Google insider echoed the company spokesperson and said the ideas mentioned in the emails weren’t even close to being put into action.

"It is scary that manipulating the search to push a liberal agenda was even discussed.”

Media Research Center Vice President Dan Gainor told Fox News that the scandal would be more significant if there was evidence that the Google staffers had “actually taken action on this left-wing insanity,” but “it is scary that manipulating the search to push a liberal agenda was even discussed.”

Google declined to answer a series of questions asked by Fox News, including whether or not employees involved in the email chain were disciplined in any way.

One message featured a staffer asking if they can make it easier for users to donate to the ACLU.

As the Journal pointed out, Google co-founder Sergey Brin is a Soviet Union immigrant who once appeared at a rally to protest Trump’s travel ban. His company now controls the majority of internet searches and the word “google” has emerged as a verb, in addition to a company name.

“Google is the most powerful company in the history of the world. Virtually all human information flows through its software and for that reason Google shapes how much of the world understands reality. At the heart of Google’s business is its search engine, which has a virtual monopoly on search in this country,” Carlson said on Thursday. “But what if Google was lying to you?”

Trump, whose travel ban was later upheld by the Supreme Court, has long considered Google as biased against conservatives and recently accused the company of rigging search results in the past.

“Google search results for ‘Trump News’ shows only the viewing/reporting of Fake News Media. In other words, they have it RIGGED, for me & others, so that almost all stories & news is BAD. Fake CNN is prominent. Republican/Conservative & Fair Media is shut out. Illegal? 96% of results on ‘Trump News’ are from National Left-Wing Media, very dangerous. Google & others are suppressing voices of Conservatives and hiding information and news that is good,” Trump tweeted last month. “They are controlling what we can & cannot see. This is a very serious situation-will be addressed!”

The latest bombshell that indicates a liberal bias among the tech industry comes as Attorney General Jeff Sessions is scheduled to meet with state attorneys next week about the alleged conservative censorship.