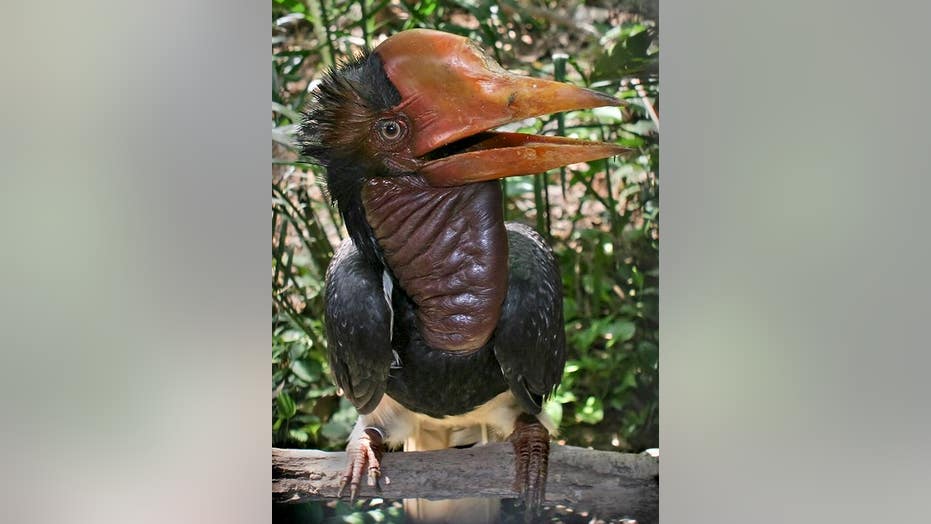 Hundreds of parts from the endangered helmeted hornbill have appeared on Thai-language Facebook groups, a new report claims.

A six-month survey conducted by TRAFFIC, the Wildlife Trade Monitoring Network, reportedly found 40 groups on the platform where helmeted and other hornbill species' parts were up for sale.

The helmeted hornbill has a yellow, orange and red growth on its beak and is protected in its various home countries, according to the organization.

The bird has attained critically endangered status on the IUCN Red List of Threatened Species.

A new report claims endangered bird parts are for sale on Facebook. The helmeted hornbill is seen above. (Wikimedia commons)

After the group's survey was completed in April, Facebook banned wildlife trade from any business that isn't verified, according to a press release.

As of this month, 35 out of 40 groups appear to have been removed, according to TRAFFIC.

TRAFFIC's report was released as part of the 18th Conference to the Parties to the Convention on International Trade in Endangered Species of Wild Fauna currently taking place in Geneva.

Facebook provided Fox News with the following statement after this story was published:

“Facebook does not allow the sale or trade of endangered species or their parts, and we remove this material as soon as we are aware of it. We are committed to working with TRAFFIC to disrupt the sale of endangered animals and are a member of the World Wildlife Fund’s Global Coalition to End Wildlife Trafficking Online.”