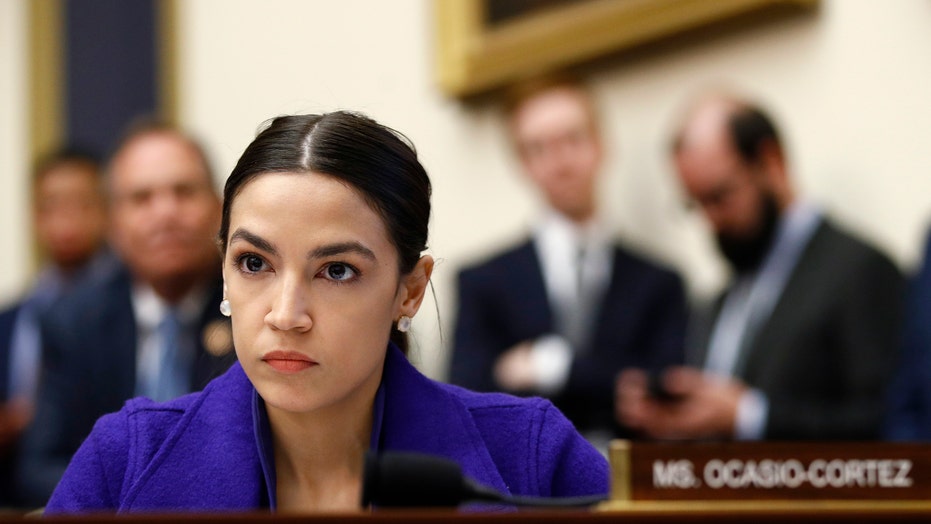 Amazon on Monday fired back at Rep. Alexandria Ocasio-Cortez, D-N.Y. after she claimed that the tech giant pays its warehouse workers "starvation wages."

".@AOC is just wrong," the company wrote in a tweet. "Amazon is a leader on pay at $15 min wage + full benefits from day one. We also lobby to raise federal min[imum] wage."

In a statement provided to Fox Business, an Amazon spokesperson went even further, calling the allegations "absurd."

“These allegations are absurd. Amazon associates receive industry-leading pay starting at $15 an hour – in fact, hourly associates at our Staten Island facility earn between $17.30 and $23 an hour, plus benefits which include comprehensive medical, dental, and vision insurance," the spokesperson told Fox Business. "On top of these benefits, Amazon pre-pays 95% of continuing education tuition costs through its Career Choice program for associates who want to pursue in-demand careers. For anyone who wants to know what it's like to work in an Amazon fulfillment center, sign up for a tour today."

The self-described "Democratic socialist" lawmaker said that Amazon CEO Jeff Bezos became a billionaire due to "paying people starvation wages and stripping them of their ability to access healthcare, and also if his ability to be a billionaire is predicated on the fact that his workers are taking food stamps.”

Bezos has an estimated net worth of $155.1 billion, making him the richest person in the world, according to Forbes.

Ocasio-Cortez has been at odds with Amazon for months after she helped to thwart Amazon's plans to build part of its HQ2 in Long Island City. Most recently, Ocasio-Cortez and Democratic presidential candidate Bernie Sanders called out the company's recently introduced Amazon Prime credit card.

"Can you believe it? Amazon is issuing credit cards with 28% interest rates to 'help' people with bad credit," Sanders tweeted last week. "This kind of greed makes the poor even poorer and @AOC and I intend to outlaw it. Corporations will have to survive on a 15% cap on interest rates."

In 2018, Amazon raised its minimum wage to $15 an hour. In April, writing his annual letter to shareholders, Bezos challenged the retail industry to match and surpass Amazon.