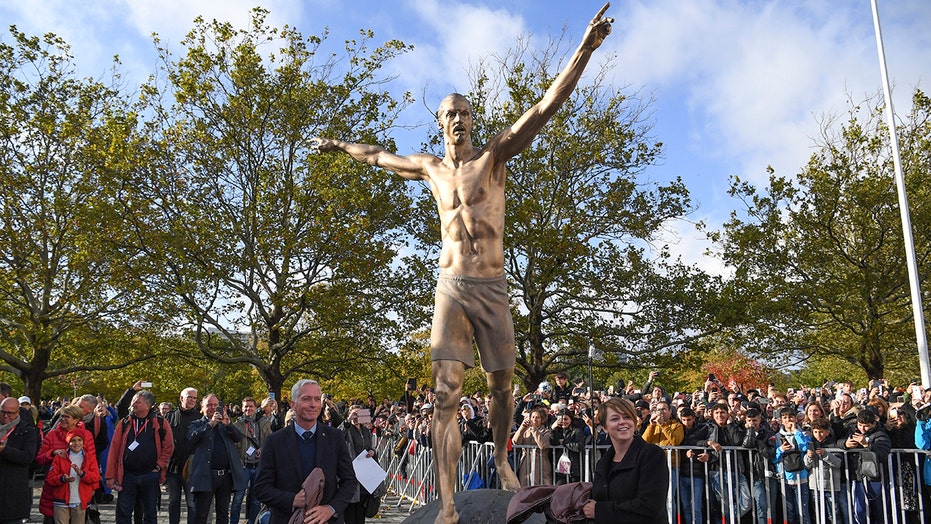 Zlatan Ibrahimovic was honored with a shirtless statue of himself in Sweden on Tuesday.

The Los Angeles Galaxy star took part in the unveiling of the statue in his hometown of Malmo. The bronze statue stands outside the Friends Arena in Malmo, where the striker’s career began.

He added: “[It’s] a symbol for those who do not feel welcome, do not fit in or feel that they do not look like everyone else. If I can, they can. I'm not special in any way, even though I'm best at what I do.”

Ibrahimovic is widely regarded as one of the best scorers to ever step onto a Major League Soccer field.

He’s been with the Galaxy since the 2018 season.

This season, the Ibrahimovic-led squad finished fifth in the Western Conference with 51 points. Los Angeles plays Minnesota United FC in the first round of the MLS Playoffs.