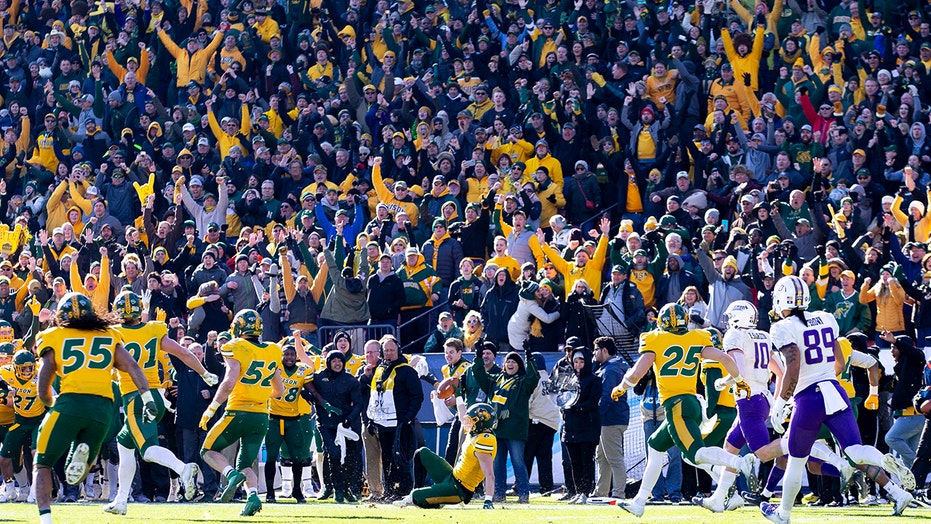 As the college football season ramps up in three major conferences and among other programs scattered across the country, there will be a void at the Football Championship Subdivision level -- very few games and no scheduled playoffs.

The postseason competition that lures marginal Power Five players to instead seek on-the-field stardom one level down was canceled as the coronavirus pandemic caused many leagues to postpone their seasons while hoping to play next spring. There is enthusiasm in the FCS crowd for a national championship playoff then, but that is far from guaranteed.

“We’ve just got to find a way to make it work,” said Jeff Bourne, athletic director at powerhouse James Madison, who has consulted with athletic directors and others from around the FCS. “From everybody I talk to on the national level, there’s very much a strong appetite for that. ... Everybody wants to try to see that happen because it’s such an important element of FCS football.”

It is also one of the things FCS teams have that those in the Bowl Subdivision do not.

North Dakota State has become the preeminent FCS program, winning eight of the last nine national titles, and the Dukes have been their chief competition. James Madison won its second national title in 2016, knocking off North Dakota State in the semifinals, and has come up short to the Bison in the championship two of the last three seasons. It was 17-13 in 2017 and 28-20 last year.

A fall without fans filling the 19,000-seat Fargodome isn’t ideal, Bison linebacker Jackson Henke said, but “If the spring’s an option, at least we get to play some football games.”

The Bison will play one game this fall, facing Central Arkansas on Oct. 3 in Fargo, giving coach Matt Entz essentially an extended preseason for practice. James Madison “did entertain the notion” of playing a game this fall, coach Curt Cignetti said, but has nothing on the schedule after the Colonial Athletic Association postponed fall sports.

In all, nearly 1,200 games have been canceled or postponed in Division I football. The blow was particularly hard in the FCS, where only 15 of the 127 teams will have at least one game. Cignetti is anxious to see how that plays out.

“If you’re playing right now, I’ve got to think that it’s extremely challenging for the coaches and the players, just day to day. All of a sudden, you’ve got to pause and quarantine 10 guys. You may have a game scheduled that Saturday and find out on Thursday you can’t play it,” he said.

Bourne surmised that to pull off a playoff in the spring, the calendar would have to start with the end point and build backward, perhaps with conference-only seasons in March and April and a 12- or 16-team postseason in May.

The Missouri Valley Conference, home to the Bison and 10 other teams, is planning an eight-game conference schedule beginning in February with hopes for a playoff to follow.

“We feel pretty good about the planning and execution for both,” associate commissioner Mike Kern said of the possibility for a regular season and postseason, both of which are critical to their programs overall because football income helps to prop up other sports.

It also is critical to the communities.

Charley Johnson, president and CEO of the Fargo-Moorhead Convention and Visitors’ Bureau, estimated each Bison home game injects about $1 million in direct spending into the local economy. About 35% of the fans at a sold-out home game are from out of town and account for about half of that spending.

Jennah Kelly, assistant manager of the Bison Turf restaurant and bar, said the lack of games “is going to hurt our business big time.” The business, painted in Bison green and yellow, is located a short walk from the Fargodome and is a popular game-day hangout. It is open with limited seating.

“We get really packed on game day so we’re just going to have to suffer with all this stuff going on,” she said. “We don’t want to but we have to.”

In Frisco, Texas, home to the championship game through 2025, Mayor Jeff Cheney last year estimated the game has a regional economic impact of $8.1 million.

The Dukes’ original schedule included a $500,000 pay-day game at North Carolina, and losing those lucrative opportunities hit James Madison and the rest of the CAA schools hard. Should the league be able to compete in the spring, commissioner Joe D’Antonio said, factors such as limiting expenses like air fare and hotels figure to play a larger role in arranging matchups.

Dukes fan Jonathan McNamara, who graduated from JMU in 2005 and is now a season-ticket holder, said the void in the fall will be filled by other activities, and a spring season would be welcome. He said the athletes are the ones with potentially the most to lose.

“As long as everyone’s playing in the same system, then there’s meaning to it,” he said. “I just hope they get an opportunity to compete because for many of them, they have a really short window for how many opportunities they get to suit up on Saturdays.”