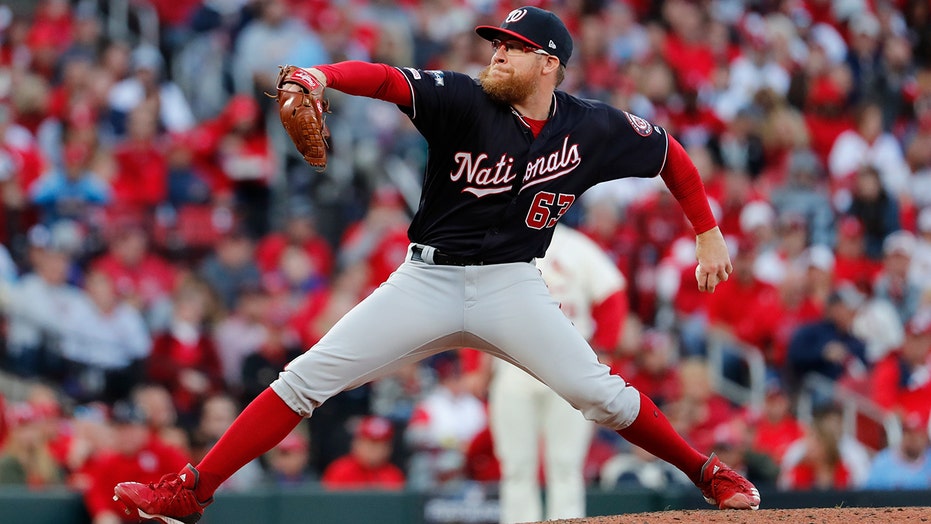 The Nationals bested the Houston Astros Wednesday night in a tense Game 7 to earn the franchise’s first-ever World Series title. The White House, keeping up with tradition, invited the team for an official visit with the President on Monday.

But on Friday, in an interview with the Washington Post, pitcher Sean Doolittle announced that he would be declining the invitation, arguing that meeting with Trump would compromise many of his beliefs.

“There’s a lot of things, policies that I disagree with, but at the end of the day, it has more to do with the divisive rhetoric and the enabling of conspiracy theories and widening the divide in this country,’ he told the paper.

“My wife and I stand for inclusion and acceptance, and we’ve done work with refugees, people that come from, you know, the ‘s---hole countries.’”

Doolittle continued to say that he feels “very strongly about his [Trump] issues on race relations” and his relationship with the LGBTQ community, adding that he doesn’t want to “turn my back” on his in-laws.

Doolittle's wife, Eireann Dolan, “has two mothers who are very involved with the LGBTQ community,” according to the Post.

Doolittle also cited having an autistic family member as another reason why he declined meeting with Trump.

“I have a brother-in-law who has autism, and [Trump] is a guy that mocked a disabled reporter. How would I explain that to him that I hung out with somebody who mocked the way that he talked, or the way that he moves his hands? I can’t get past that stuff.”

Doolittle said that despite wanting to celebrate such an enormous accomplishment with his team, “I just can’t do it.”

It’s not clear if other players will join the pitcher but Doolittle says he respects the decision of those who choose to go and that by sitting out, he won’t be a distraction for those who really want to be there.

Doolittle has seen pushback over his decision not to go - many people argue it's about the office, not the man - but he disagrees.

“People say you should go because it’s about respecting the office of the president and I think over the course of his time in office he’s done a lot of things that maybe don’t respect the office.”

He continued: “I don’t want to hang out with somebody who talks like that.”