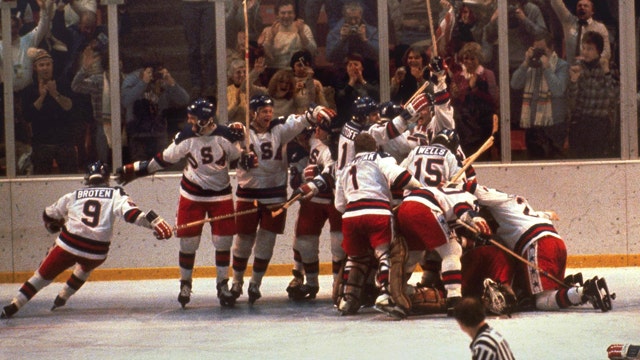 USA Hockey legend Mark Johnson wrote a letter recalling one of the biggest upsets in sports history – when Team USA defeated the Soviet Union at the 1980 Winter Olympics.

Johnson wrote the letter earlier this month addressing his younger self and what he would tell a teenage Mark Johnson about the “Miracle on Ice,” according to The Daily Caller.

One thing Johnson said he'd tell himself was to tell his dad to get to New York.

He then recalled the moments after the Americans defeated the Russians, 4-3.

“I remember there was just this incredible buzz after we won. The town felt like it was going to explode. Most of us went to join our families at the nearby Holiday Inn,” Johnson wrote. “The game was on tape-delay, so we’re all standing around watching it. All the players had the same reaction. Is this real? Are we dreaming? Are we going to wake up and find out that we got beat, 7-1?”

Johnson also remembered coach Herb Brooks being in “the worst mood” when the team returned for practice the next day.

“I don’t think any of us could figure out why because we were in the moment and he was thinking about what could happen the next day. None of us had grasped that yet. We were loving life,” Johnson wrote.

Team USA beat Finland in the finals, however, to win the Gold, likely lightening Brooks' mood.

After the Olympics, Johnson went on to play for 12 more years, including a decade in the NHL with the Pittsburgh Penguins, Minnesota North Stars, Hartford Whalers, St. Louis Blues and New Jersey Devils.

He’s now the coach of the University of Wisconsin women’s hockey team and has won four National Championships as their coach.