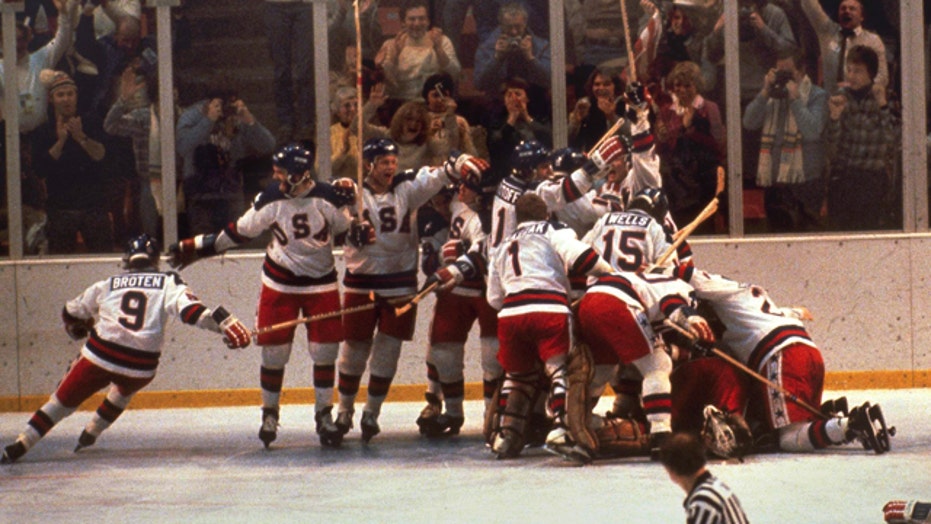 Thirty-five years ago today, I sat down in front of the TV with my family and 34 million other Americans to watch a hockey game. None of us knew how much our outlook on the world would change just a few hours later, but it did.

That night, 20 of our champions, in the most classic sense of the world, achieved the unthinkable, and reminded us that anything was possible. Years of malaise and fear that had paralyzed our nation were swept aside with feelings of hope and glory by the score of 4-3.

I won't try to recap the events that occurred that day. If you're old enough to remember them, you know what I’m talking about. If not, I suggest you check out the film "Miracle." It's an underrated, but excellent by-the-numbers retelling of the U.S. Hockey Team's victory over the Soviet Union at the 1980 Olympic Games. If it were up to me, it would be required viewing in schools. But since it would take a miracle for that to happen, you should watch it with your kids.

The game stands among the greatest achievements in our history, right up there with victory in World War II, the moon landing, and the launch of the iPod.

I did, before I took mine, ages 5 and 7, on a ski vacation to Lake Placid this past week. I wasn't sure if they'd get it -- the gas lines, hostages, boycotts, etc. -- but I hoped it would make the trip more interesting. I’m still not sure what they took away from it, but by the end of the film, they were cheering like we did so many years ago.

The game stands among the greatest achievements in our history, right up there with victory in World War II, the moon landing, and the launch of the iPod.

Our team had the home ice advantage, but with all that was on the line inside and outside of the rink, I have to think it was more of a burden. Make no mistake, we were at war, and that game was the only time shots would be fired (goalie Jim Craig stopping 36 of them.) Yet, through teamwork, innovative strategy, and unerring perseverance against the mightiest foe the sport had ever seen, they got the job done and helped light the fire that turned this country around.

Even now, I don’t think it’s hyperbole to say that the game stands among the greatest achievements in our history, right up there with victory in World War II, the moon landing, and the launch of the iPod.

I'm only half joking-about that last one. Back in 1980, Apple was the underdog, too, but through those same traits that led to the defeat of the Nazis, Armstrong’s first steps on the moon and the result of that amazing game, it's now the most powerful and influential company in the world. Not everyone agrees that the United States holds the same position among nations these days, but all one has to do is look back to that February day to know that if we dig deep enough, we can be.

The entire time we were in Lake Placid, my boys kept asking when they’d get to see where the Miracle happened. On our way out of town on the last day of our trip, they did. But while we were standing there, in what’s now called the Herb Brooks Arena in honor of the team’s coach who led the way, I had to break it to them that there wasn't really a miracle. Just a group of young men who did the best that they could, and gave their all for themselves, everyone who believed in them, and the love of a game.

Two days after they defeated the Soviets, those boys claimed their gold with a win over Finland that was far from a foregone conclusion, but inevitable just the same. I was 10 years old, but it seems like yesterday. I wore my older brother's New York Rangers sweater, because it was red white and blue. After the medal ceremony, I dug our flag out of winter storage, and hung it on the front of our house. Impressionable kids do silly things like that. At least that's what I thought, until I looked up and down the street and saw Old Glory flying in front of practically every home.

It's something I'll always remember. Thirty-five years from now I hope everyone who was alive to experience those moments, and those who learned about them from the ones that were, still remembers them too.