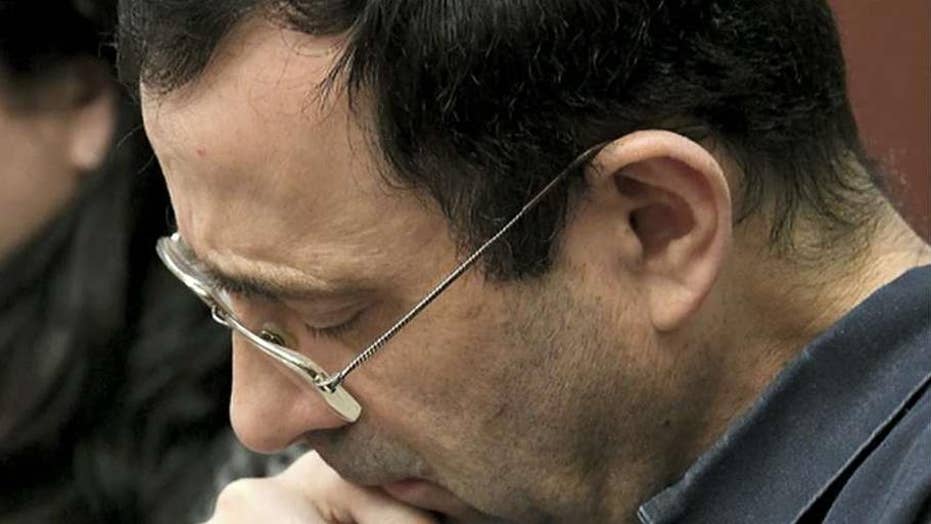 Entire USA Gymnastics board to resign

USA Gymnastics has confirmed that, in accordance with demands by the U.S. Olympic Committee in the wake of the Larry Nassar sex assault scandal, its entire board of directors will resign, The Associated Press reported on Friday.

The news follows an email Thursday from USOC chief executive Scott Blackmun, detailing a set of requirements the organization must comply with to avoid possible decertification.

Nassar, a former USA Gymnastics doctor, was sentenced Wednesday to 40 to 175 years in prison following a guilty plea to sexually assaulting female athletes while he was supposedly treating them for sports injuries.

In order to achieve a “fresh start,” Blackmun said the entire USA Gymnastics board needed to resign by Jan. 31, and fill an interim board by Feb. 28. The board will have a year to work with athlete constituent groups to replace the interim board members, Blackburn wrote. Current board members won't be eligible for the new seats.

The organization will be required to keep the Olympic Committee informed of its progress in making the necessary changes. And it’ll need to work with an independent investigation into Nassar’s abuse in order to assess whether anyone was aware of it and if there were any “systematic failures” in reporting it.

The Olympic Committee said the decision to reform was not made because any USAG employee “had a role in fostering or obscuring Nassar’s actions,” but because of a much-needed “fundamental rebuilding.”

“Every athlete connected in any way with USAG must feel safe, supported, and encouraged to speak freely about threats to their safety whether SafeSport-related or otherwise. USAG culture’s must foster this in all ways,” Blackmun’s email said.

The Olympic Committee also acknowledged the organization’s ongoing work to improve, including the resignations of some board members.