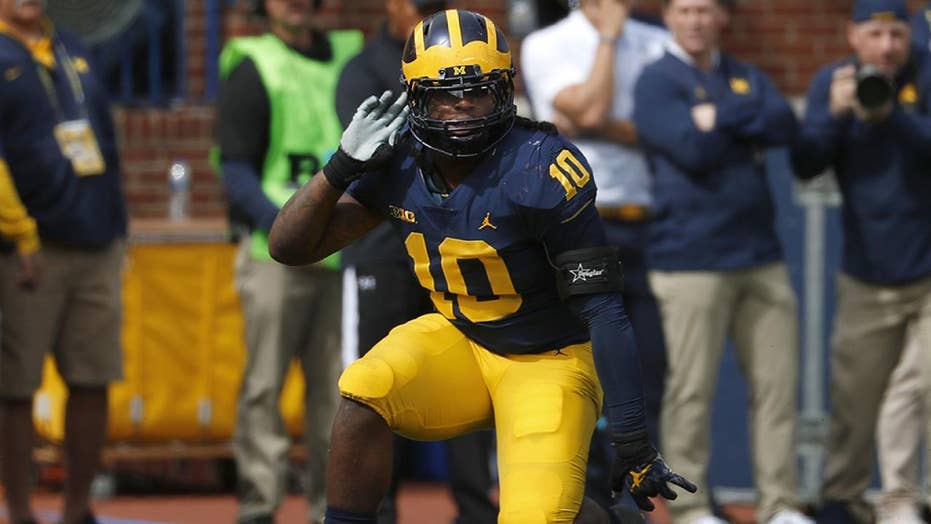 A University of Michigan football star was spotted kicking and stomping on Michigan State’s logo before a game Saturday.

Wolverines linebacker Devin Bush Jr. was seen damaging the Spartans' logo before the game between the two rivals.

The Detroit Free Press reported the junior captain was on the field warming up before the game when Michigan State players did their “pregame ritual” by locking arms and marching across the field. Bush and a few of his teammates remained on the field during the march as the Spartans walked through them. The two sides appeared to exchange words while Bush had to be held back by a few staffers.

ESPN reported Michigan State did not tell Michigan it was doing its pregame ritual before the incident.

Following the exchange, Bush was seen walking over to the large Spartans logo on the field and kicking it and walking over it with his shoes. The groundskeepers at the university were then seen fixing the logo.