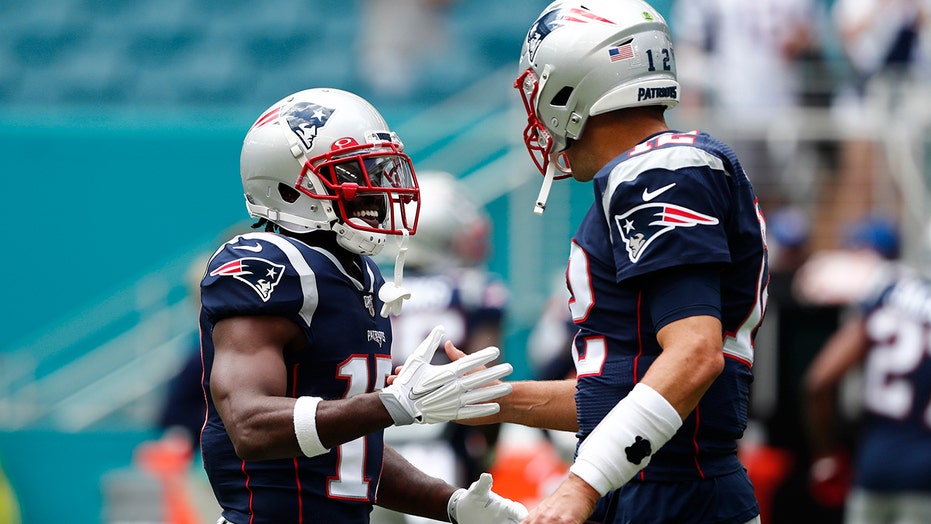 Tom Brady was reportedly unhappy with the New England Patriots’ decision to release Antonio Brown after the wide receiver was accused multiple times of sexual assault.

According to an NBC Sports Boston timeline of the Brown fallout, the decision to release Brown left Brady “bummed out” and the star quarterback was “not happy” the team released him. The report said Brady was trying to get to understand Brown and try to help him. He thought the wide receiver was “reachable.”

While Brady has done a good job of tip-toeing around questions about Brown, he recently told Jim Gray in an interview on Westwood One radio he emphatically understands he doesn’t make the decisions.

Brady added in a separate interview on WEEI that he had “a lot of personal feelings” about the situation but didn’t care to elaborate on any of them.

When the team signed Brown, Brady was one of the more prominent players on the team to try and take him under his wing during the 11 days he was with New England.

NBC’s Al Michaels reported that Brady had offered Brown the chance to stay in his home as he got acclimated to the team. Michaels reported the invitation was extended before the former Pro Bowler was accused of sexual assault and rape in a civil lawsuit.

Brown was also seen at the TB12 Training Center with Alex Guerrero and vaguely addressed his critics amid the reports of the civil lawsuit.

Brown was released by the Patriots before Sunday’s game against the New York Jets. He was accused of sexual assault by a second woman and reportedly sent the accuser “intimidating texts” after the report surfaced.

The wide receiver has since vowed to never play in the NFL again.