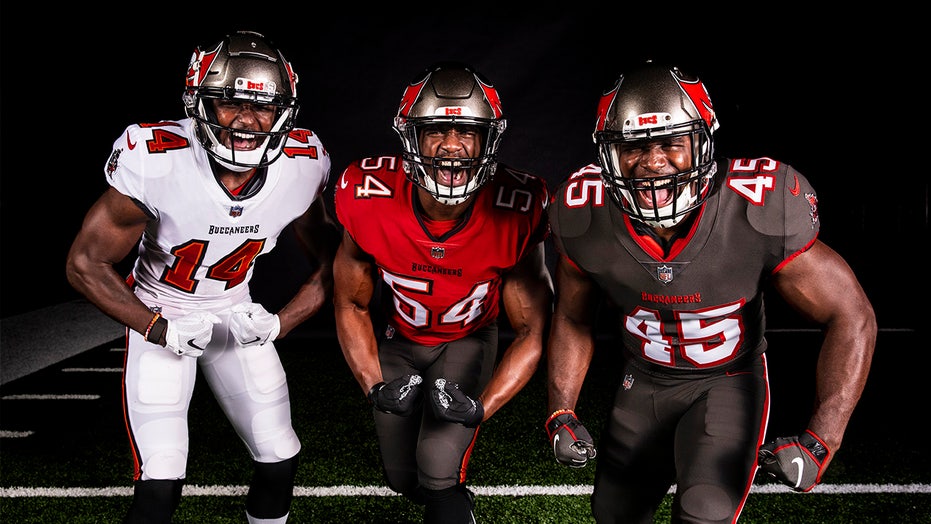 The Tampa Bay Buccaneers are refreshing more than just their roster going into next season.

The Bucs released three new uniform looks on Tuesday modeled after the franchise’s “most successful era from 1997-2013,” which saw seven playoff appearances and one Super Bowl win.

“After conducting extensive research among its fans, the team worked with Nike and the National Football League to deliver a uniform that seamlessly blends the best elements of its last two designs while also introducing a new all-pewter Color Rush option,” the team said in a press release.

“We are excited to return to our classic Super Bowl era uniforms while also introducing a sleek Color Rush uniform that showcases our signature pewter in a new and dramatic way,” Glazer said in a statement. “The refreshed classic design of our home and away combinations bridges our past with our exciting new future, and we are confident it will resonate with our fans."

Tampa Bay fans have more than just a new look to get excited about. Wearing the new jerseys will be six-time Super Bowl champion Tom Brady who signed with the Buccaneers after 20 years as a New England Patriot.

The Buccaneers are looking to win their first Super Bowl since 2002.