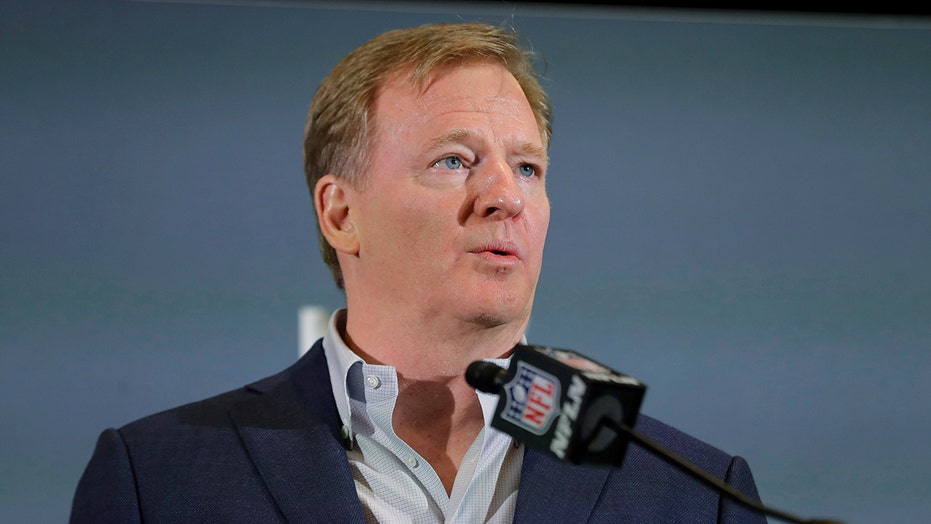 NFL Commissioner Roger Goodell’s apology for failing to listen to players while they were protesting during the national anthem reportedly has some players believing he could take a knee himself.

Current and former players believe that when Goodell said,” I personally protest with you and wanted to be a part of the much-needed change in this country,” he meant that he would be willing to take a knee during the national anthem when he goes to a game this season, CBS Sports reported Monday.

RUSSELL WILSON: COLIN KAEPERNICK WAS TRYING TO 'SYMBOLIZE THE RIGHT THING' BY KNEELING DURING THE ANTHEM

“We, at the National Football League, believe Black Lives Matter. I personally protest with you and want to be part of the much needed change in this country.

"Without black players, there would be no National Football League and the protests around the country are emblematic of the centuries of silence, inequality, and oppression of black players, coaches, fans, and staff. We are listening, I am listening, and I will be reaching out to players who have raised their voices and others on how we can improve and go forward for a better and more united NFL family.”

According to CBS Sports, Goodell said everything he was asked to say except committing to having a team sign Colin Kaepernick.

Kaepernick knelt during the national anthem to protest racial injustice and police brutality in 2016. Only a handful of players continue to kneel nearly four years later. But CBS Sports reported that players could kneel in solidarity come Week 1 of the 2020 season.