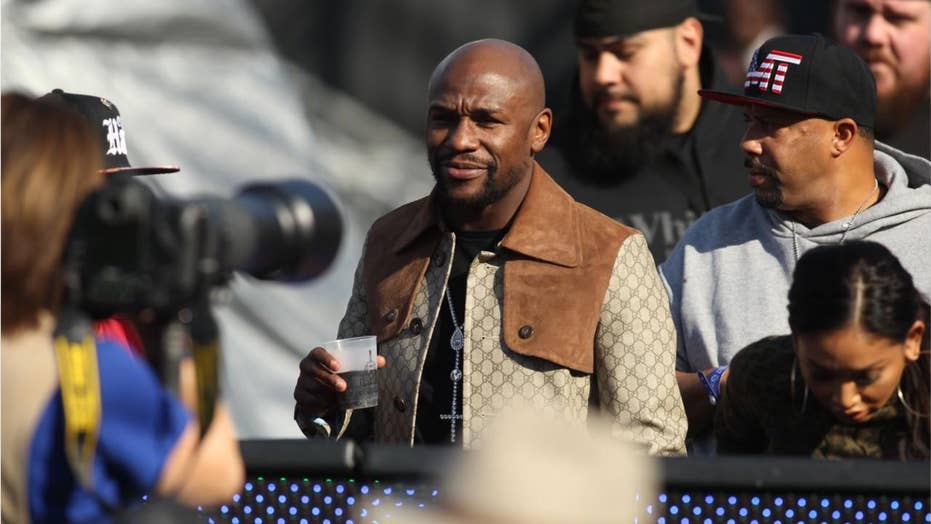 The Seattle Seahawks came under fire on social media Sunday during their loss to the Los Angeles Rams over a picture showing wide receiver Tyler Lockett giving a football to Floyd Mayweather.

Lockett scored in the third quarter on a 23-yard touchdown pass from Russell Wilson. As part of his celebration, the receiver gave the ball to Mayweather who was sitting in the back of the end zone. Seattle’s Twitter account posted a photo of Lockett and the smiling boxer and captioned it “Money.”

The picture didn’t sit well with Seahawks fans on social media. Many pointed out that the tweet was distasteful being that Mayweather has a history of domestic abuse.

“Why would you promote this after how he’s openly treated women?” another wrote. “Not impressed.”

Others users called for the Seahawks to delete the tweet.