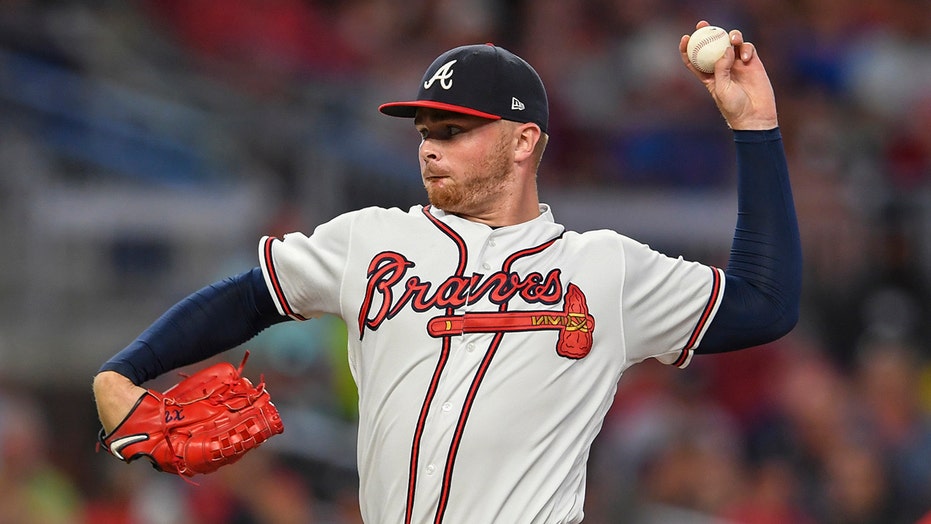 Atlanta Braves relief pitcher Sean Newcomb had a slight meltdown in the team's clubhouse on Saturday night, triggering a chain reaction that set off a fire extinguisher after their loss to the Miami Marlins.

Newcomb, 26, kicked a metal garbage can in frustration after giving up the winning run in the 10th inning. The garbage can hit a fire extinguisher hanging on the tunnel wall between the dugout and clubhouse.

The extinguisher then started to spew chemical spray as a large fan helped it send smoke and dust flying through the air, which temporarily blocked the Braves from entering the clubhouse before the team's final game in Miami during their four-game series.

Atlanta Braves relief pitcher Sean Newcomb kicked a garbage can in frustration following a loss against Miami, setting off a series of events near the team's clubhouse. (Dale Zanine-USA TODAY Sports, File)

A crew had to clean up the mess Sunday morning. One worker said Newcomb apologized and offered to pay for any damages, The Associated Press reported.

The Braves had led 6-2 going into the bottom of the ninth inning before the Marlins, who have the worst record in the National League, rallied to score four runs and send the game into extra innings. Newcomb entered the game in the 10th inning.

His postgame frustration seemed to stem from an errant pickoff attempt that hit off the glove of first baseman Freddie Freeman, allowing outfielder Harold Ramirez to advance from first to third base. A sacrifice fly by third baseman Martín Prado scored Ramirez and won the game for Miami.

In June of this year, Newcomb was involved in a scary scene after a 102-mile-per-hour line drive struck him in the back of the head. He walked it off under his own power and managed to play again 10 days later.