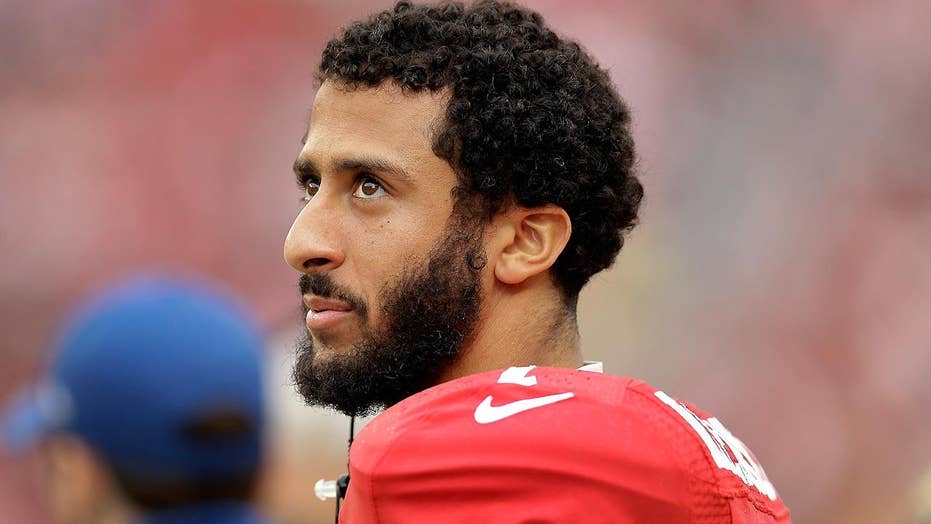 Greta's 'Off the Record': Embattled QB Colin Kaepernick has a first amendment right to protest but he has been an obnoxious, distraction to his team. Topping it all off: Pics surface of him wearing socks portraying cops as pigs

Authorities in Northern California have threatened to stop working San Francisco 49ers games in response to Colin Kaepernick sitting during the national anthem in protest of police brutality and racial injustice.

"The board of directors of the Santa Clara Police Officer's Association has a duty to protect its members and work to make all of their workings environments free of harassing behavior,” the letter added.

Kaepernick’s decision to sit for the national anthem and to wear socks in practice depicting pigs as cops has drawn much scrutiny from the Santa Clara officers. Police said they are angered and frustrated with the 6-year veteran.

The 49ers released a statement in support of Kaepernick’s freedom of expression as soon as the backlash started to begin.

"In respecting such American principles as freedom of religion and freedom of expression, we recognize the right of an individual to choose to participate, or not, in our celebration of the national anthem,” the organization said.

Kaepernick’s has caused a firestorm on social media and throughout the nation, including fans, media and veterans.

His protest continued Thursday night when he decided to kneel for the national anthem in San Diego during the Chargers’ Salute to the Military. He was joined by defensive back Eric Reed in his protest.

Kaepernick pledges to donate the first $1 million he makes this season to communities that help people.