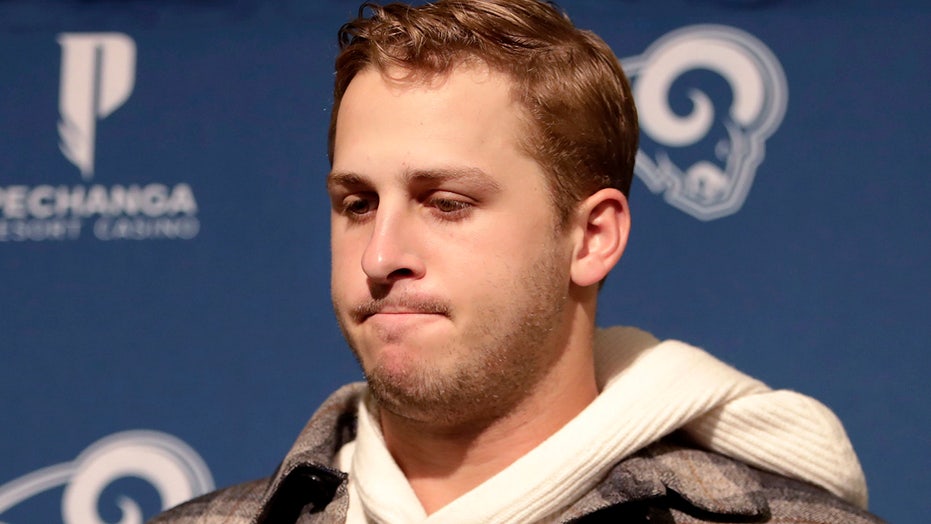 The Los Angeles Rams became the third NFC team in the last decade to miss the playoffs the season after having appeared in the Super Bowl on Saturday.

The Rams lost to the San Francisco 49ers, 34-31, and were effectively eliminated from playoff contention. Los Angeles dropped to 8-7 on the season and sit in third place in the NFC West division.

Rams quarterback Jared Goff expressed his disappointment after the game.

“It's extremely disappointing,” Goff said. “You never envision something like this when you start the year. It's not even close to the standard we want to hold. It's sickening.”

Goff was 27-for-46 with 323 passing yards, two touchdown passes and had an interception during the game. But the 49ers won the contest on a last-second field goal from kicker Robbie Gould.

Rams coach Sean McVay lamented that his defense couldn’t get a stop when they needed to.

“Bottom line is you had two third down and I want to say 16s where we had a chance to get those guys off the grass, the way that we had played the whole night,” he said. “I think those two plays are not indicative of the effort that our defense gave and it's unfortunate that they ended that way, because they had put together a really good performance against a tough offense.”

The Rams followed the 2016 Carolina Panthers and the 2012 New York Giants as conference champions over the last decade that have failed to make the playoffs the following season.

“I’m proud of the way we battled and fought, but I’m sick that we didn’t come out with the result, and I’m sick that we won’t be in the postseason,” McVay told NFL.com. “Our season will end next week, and it’s a sickening feeling — and one that will drive me… Every. Single. Freaking. Day… until next season arrives, and we finally get to come out and take another swing.”