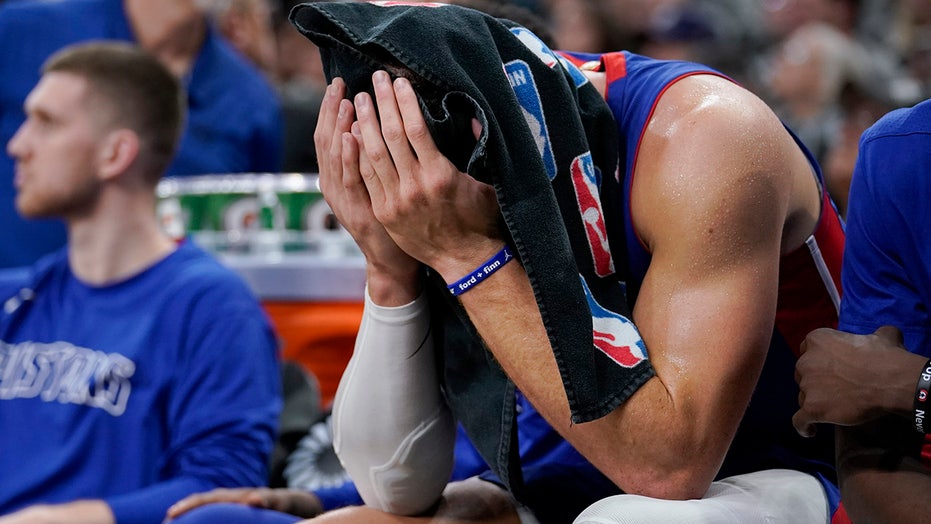 Detroit Pistons forward Blake Griffin is out indefinitely after having surgery on his left knee.

The Pistons announced Tuesday that Griffin will have an extended rehabilitation period with no timetable for his return.

Pistons coach Dwane Casey said before Tuesday night's game against the Cleveland Cavaliers that he hasn't been given any indication if Griffin will play again this season.

The Pistons are mired in another rebuilding season and making the playoffs seems unlikely. Detroit is 13-24 going into the finale of a six-game trip.

The 30-year-old Griffin was an All-Star last season for the sixth time. He has played in just 18 games this season and is averaging a career-low 15.5 points and a career-low 4.7 rebounds per game.

Nearly two years ago, despite Griffin's injury history, Detroit dealt a first-round pick and players to the Los Angeles Clippers as part of a trade that hasn't worked out well for the Pistons. Griffin had surgery on the same knee in April.

Casey said the team will miss Griffin's production and leadership, but the Pistons have no choice but to move ahead without him.

“We know the direction right now,” Casey said. “We know what we're dealing with. I think it's a relief for Blake also. He's a warrior. He's a guy who's been through a lot the last two years. He definitely carried us last year and tried his best to do that this year, but his body just wouldn't let him.”