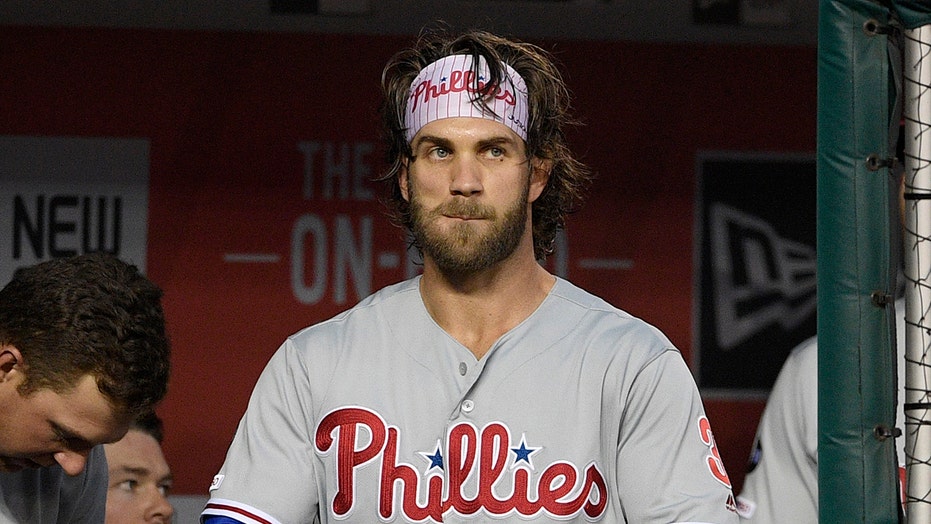 Harper, who played with the Nationals up until the start of the 2019 season, didn’t specify what the fans were yelling at him but appeared unhappy with what he heard.

“They were fine all game, talking about myself and things like that,” Harper told reporters after the Phillies’ 5-2 loss. “I get it everywhere I go. That's nothing new. But the last two innings, it's just not right. It's not right.”

Harper said he was eager to get back to Philadelphia.

“I've got 60,000 fans up in Philly that appreciate me as a player, appreciate me as an individual and my family, as well,” he said. “I owe a lot to those people up there in Philly because they show up for me every single night and they're there to cheer us on and boo us and keep us going as a team and as individuals as well.”

Harper played with the Nationals from 2012 to 2018. He signed a 13-year, $330 million contract with the Phillies in the offseason.

In his first season in Philadelphia, Harper has hit 34 home runs, batted .260 and has a .882 OPS in 153 games. His streak of four straight All-Star Game appearances was also snapped.

The Phillies missed out on the playoffs.