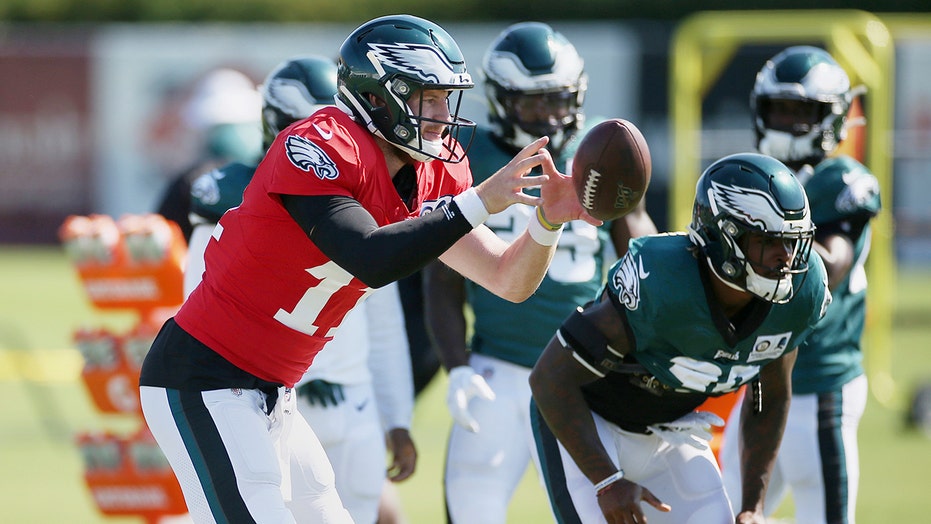 The Philadelphia Eagles are looking to win their second straight NFC East division title after miraculously passing over the Dallas Cowboys in the final week of the 2019 season to earn a playoff spot.

The Eagles are hoping everyone can stay healthy this year on the way to the playoffs. But without a proper training camp and preseason, it will be a tall task to do that.

Carson Wentz may have been able to put the Eagles over the top in the playoffs last season but he got hurt in the wild card round. He threw for 4,039 passing yards and 27 touchdowns in his most complete season since his rookie year.

The team drafted Jalen Reagor to give Wentz another target on offense along with Zach Ertz, Alshon Jeffrey and DeSean Jackson. Miles Sanders is also poised to break out this season and lead the Eagles' rushing attack.

On defense, the team traded for Darius Slay who will certainly give the secondary the boost it needs. The defense was ranked 15th in points allowed and 10th in yards allowed.

Here’s what else you need to know about the Eagles this year.

The Eagles acquired Darius Slay in a trade with the Detroit Lions in March. The Eagles sent three draft picks to Detroit for the cornerback and then immediately signed him to a three-year contract.

Slay has the potential to make a huge impact for the Eagles now that he’s playing on a competitive team and doesn’t have a rift with the head coach.

The 29-year-old talent is coming to the Eagles off of three consecutive Pro Bowl selections. In 2017, he was also named to the All-Pro First Team after leading the NFL with eight interceptions and 26 pass defenses. In 2019, he recorded two interceptions in 14 games for the Lions.

Philadelphia’s defense wasn’t the best in 2019. But add Slay to a secondary with Jalen Mills, Rodney McLeod and Avonte Maddox, and quarterbacks are certainly going to have a tough time trying to make deep throws on the Eagles.

Miles Sanders shared running duties with Jordan Howard last season and still led all rookies in scrimmage yards, setting a Philadelphia Eagles franchise record in the category. He’ll be the go-to guy in the backfield this year. Sanders is one of the league's rising stars. (AP Photo/Julio Cortez, File)