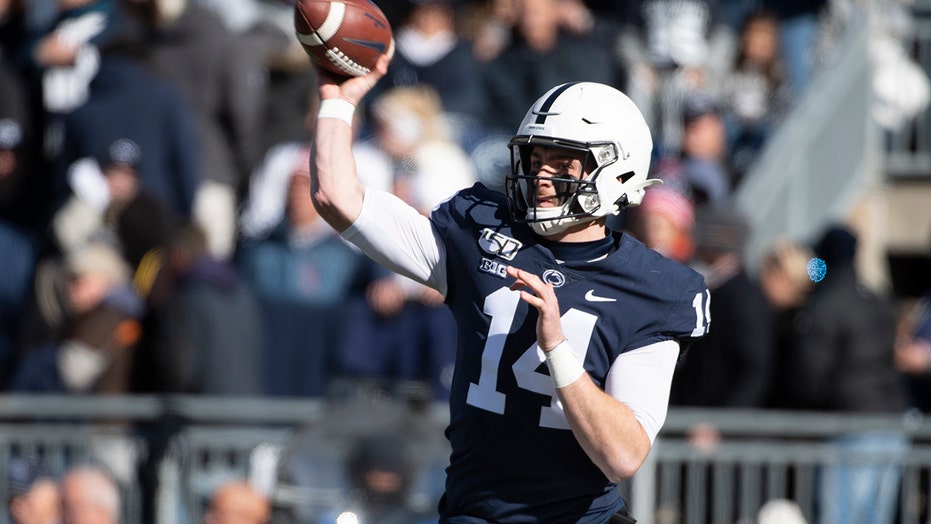 Clifford told reporters he deleted his social media accounts after receiving death threats and other horrible messages after the team’s close loss to the then-undefeated Golden Gophers on Nov. 9.

“I usually delete it closer to games, but I completely deleted it after the Minnesota game,” he said, according to ESPN. “It's kind of sad to say, but you know how fans sometimes get ... it gets a little crazy. I was kind of, I guess, sick and tired of getting death threats, and some pretty explicit and pretty tough-to-read messages.”

Penn State coach James Franklin said he was involved in the problem Clifford was having and that he supported his quarterback as he would with any other member of his team.

“I don't know where we are as a society, it's concerning,” Franklin said. “We're 9-1, we're ranked in the top 10, I think. We've had a pretty good year based on most people's standards, and sometimes you go on social media and you wouldn't feel that way.”

Clifford said he wasn’t going to let the negativity deter him from doing his best this season.

“You learn how to deal with certain things and how certain people are just gonna react because, you know, it's a very passionate game with a lot of passionate people,” he said. “Our fans are definitely one of if not the most passionate in the country. I just try to stay away from it. I appreciate all of the positive people that are around, but there's also people that try to tear you down.

“It's always just been better to keep your head away from that kind of stuff.”

Even with the loss to Minnesota, Penn State is still ranked ahead of them in the latest College Football Playoff Top 25. The Nittany Lions remain in the hunt for the Big Ten title heading into Saturday's clash with Ohio State in Columbus.