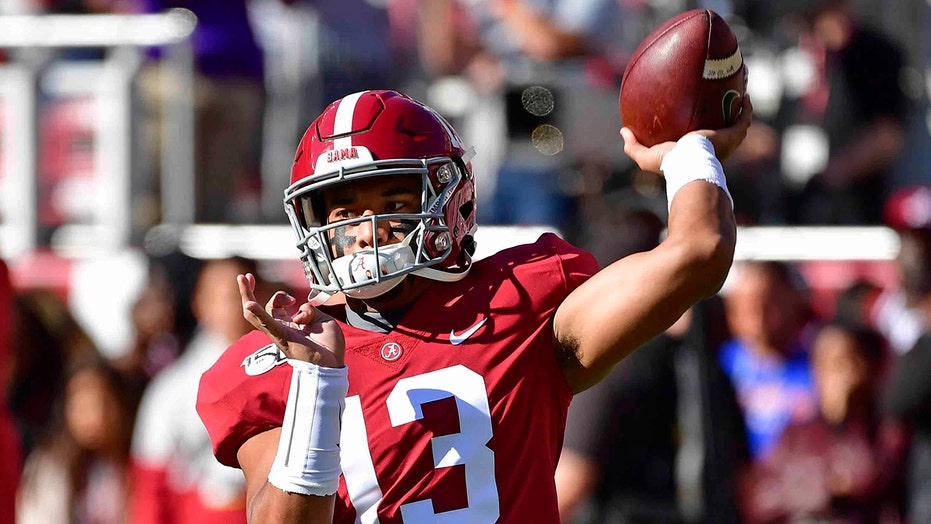 Alabama quarterback Tua Tagovailoa appeared to be in good spirits before his successful surgery Monday to repair his posterior wall fracture and right hip dislocation.

Tagovailoa showed off his musical talent from a hospital bed before surgery. He was seen on video singing Marvin Gaye’s “Let’s Get It On” while playing the ukulele.

The possible No. 1 overall NFL draft pick suffered the injury Saturday against Mississippi State. He is set to miss the remainder of the 2019 college football season.

“Our concern is about him getting healthy,” Saban said. “This is going to be a long recovery for him, but we fully expect a full recovery. No one’s really speculating or talking about what’s best for him to do in the future. My only concern is that he can do what’s best for him in his future. I don’t know if right now’s the time to be thinking about that, when you’re thinking about the guy’s health and well-being and recovery.”

In less than two seasons with Alabama, Tagovailoa passed for 7,442 yards and a school-record 87 touchdowns. He also helped lead Alabama to a comeback victory over Georgia in the 2018 national championship game.

He had already had tightrope surgery on both of his ankles prior to the hip injury.