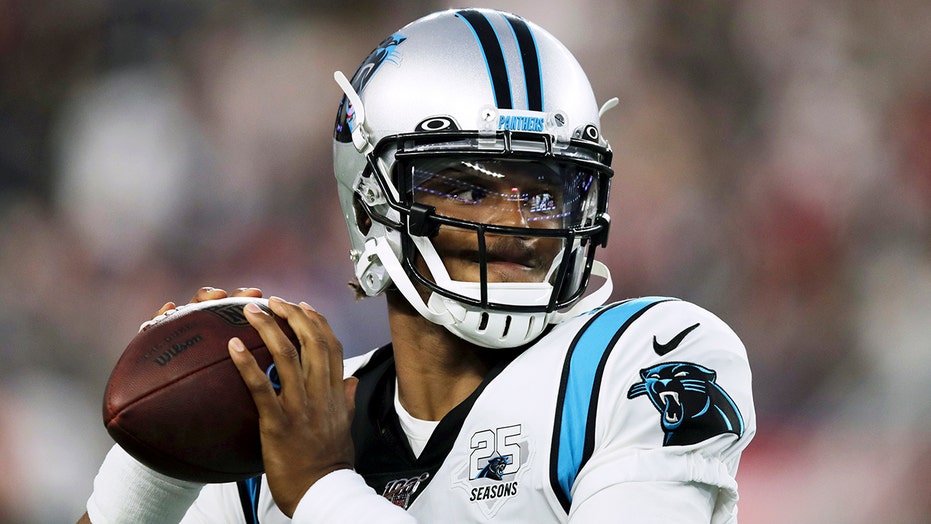 Panthers owner David Tepper remains noncommittal on Cam Newton's future with the organization, saying it will largely depend on how the quarterback recovers from foot surgery.

“Listen, I'm not a doctor,” Tepper said Tuesday. “I said it a million times, is he healthy? He's not a doctor. So there is a lot of different things that can happen. Tell me that and then we can talk.”

The 31-year-old Newton missed 14 games last season with a Lis Franc injury. He had surgery on Dec. 11.

The Panthers are in a rebuilding mode, and the team could save $19 million under next year's salary cap if they trade or release the 2015 league MVP.

“That's still the overwhelming number one thing is to see how healthy he is, and how we can figure out when he is healthy or not," Tepper said. “Everything comes from that.”

Tepper said the Panthers have not had any teams inquire about a trade for Newton.

Newton expressed optimism about his owner future with the Panthers at the Super Bowl, telling the Tiki & Tierney radio show that he “absolutely” expects to play in Carolina next season. He also said he had an “unbelievable conversation” with Tepper, general manager Marty Hurney and new coach Matt Rhule.

“I left that meeting inspired,” Newton said on the radio show. “I told them, ‘You won’t find another person in that locker room with more to prove — not only to you, but I got to prove to myself.’”

Tepper spoke to media Tuesday after he, along with the John M. Belk Endowment and Carolina Panthers Charities, partnered to provided $120,000 gift to Charlotte area schools. The donation provides new school supplies to 800 elementary classrooms.

The organizations previously provided more than 15,000 backpacks and school supplies to students at the beginning of the 2019-20 school year.