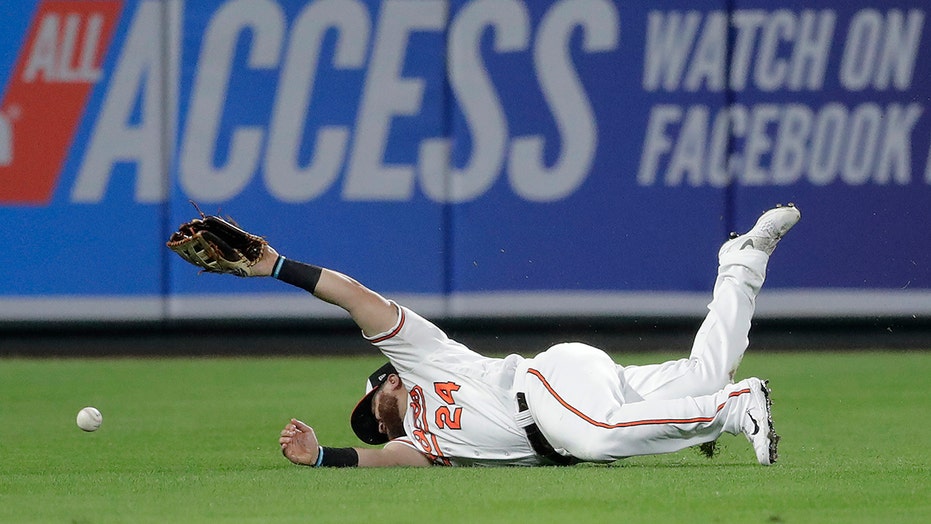 Baltimore Orioles outfielder DJ Stewart suffered a concussion during a bizarre mishap Tuesday while the team was playing against the New York Yankees.

Stewart was in left field trying to make a play on a fly ball hit by Mike Ford. Stewart was charging the ball and dove a bit too early and, as he was lying on the field, the baseball hit him in the head.

He was subsequently removed from the game in the next half-inning and manager Brandon Hyde told reporters after the game that he had suffered a concussion and was placed on the seven-day concussion injured list, according to MLB.com.

“It definitely took longer than I expected. I didn’t think I’d be out that long at all,” Stewart told reporters. “I’m going to go out there and show what I can do.”

Stewart has played in eight games for Baltimore this season. He was hitting .160 with a .352 OPS in 26 plate appearances. It’s his second season with the Orioles.

To add insult to injury, the Orioles lost the game 9-4. Baltimore has lost 12-of-14 against New York this season.