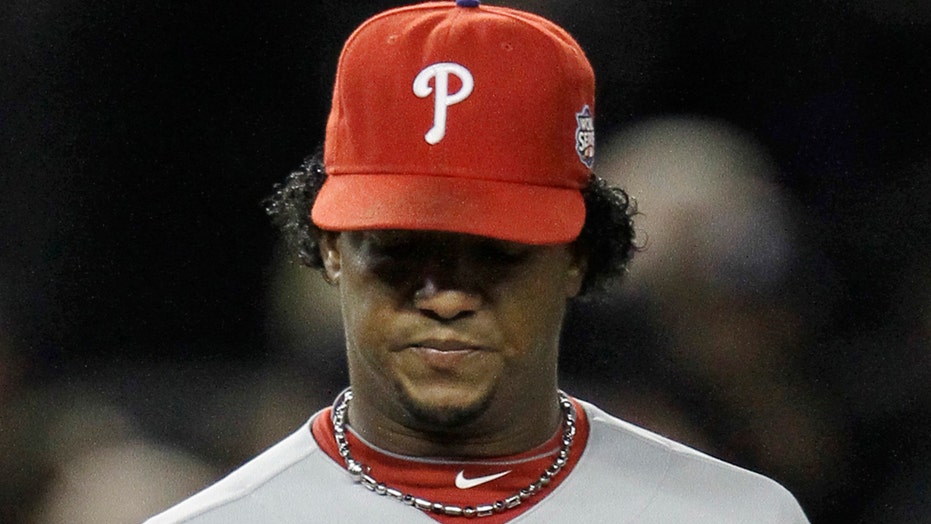 Pedro Martinez appears to want to add an asterisk to the New York Yankees’ 2009 World Series championship over the Philadelphia Phillies.

Martinez, who picked up the losses in Game 2 and in the decisive Game 6, revealed to the Philadelphia Inquirer in a story published Sunday that the team was battling swine flu at the time.

“It wasn’t told, but most of us were sick,” he said. “Some of the guys had swine flu and had to be kept away. I caught some of the virus. We would just never say it. When I got home, I realized that I was really sick.”

Martinez said Game 6 is when he really felt off.

“I had a little bit of an asthma attack in the middle of the game and I was having a hard time breathing,” he told the newspaper. “I was really sick. In any other situation, I wouldn’t be out there. But the team needed me. I held on as long as I could and I did that. I was really proud to have my last game with the Phillies at Yankee Stadium.”

In his final year in the majors, Martinez finished with a 3.63 ERA in nine starts and had 37 strikeouts. However, the Yankees lit Martinez up for seven runs in 10 innings in the World Series.