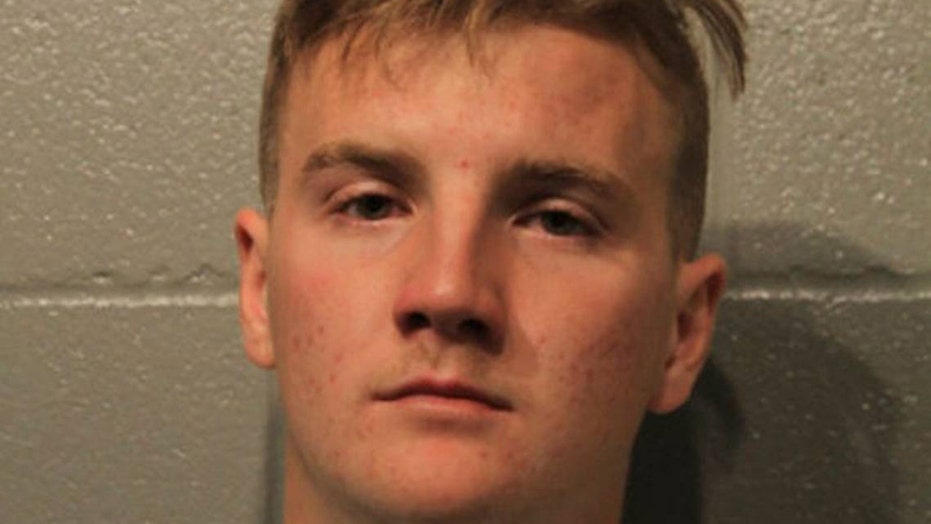 Oklahoma Sooners kicker Calum Sutherland was suspended indefinitely amid a reported Title IX investigation after he was accused of assaulting his girlfriend.

Sutherland is being investigated by the school’s Title IX office over allegations he assaulted his girlfriend, a fellow Oklahoma University student, The Oklahoman reported Friday. A document obtained by the newspaper reportedly named Sutherland and the victim.

The 19-year-old kicker was accused of verbally and physically assaulting his girlfriend at an off-campus apartment on Sept. 21 and was cited for public intoxication, the Fort Worth Star-Telegram reported.

“During contact with the female party she stated a short physical and verbal altercation occurred,” an officer’s affidavit reportedly stated. “I did not observe any injuries on her person. The female subject stated her boyfriend was Calum Sutherland. From information obtained by the victim and uninvolved witnesses, it was believed Calum was extremely intoxicated and there was a high likelihood he was going to return back to the apartments and continue to cause problems.”

Sutherland started as the team’s kicker in the Sooners’ first three games of the season, but did not play against Texas Tech last week or Kansas this past Saturday.

“We have been aware of the matter and Calum has been suspended indefinitely since we were notified,” an Oklahoma spokesman told The Oklahoman.