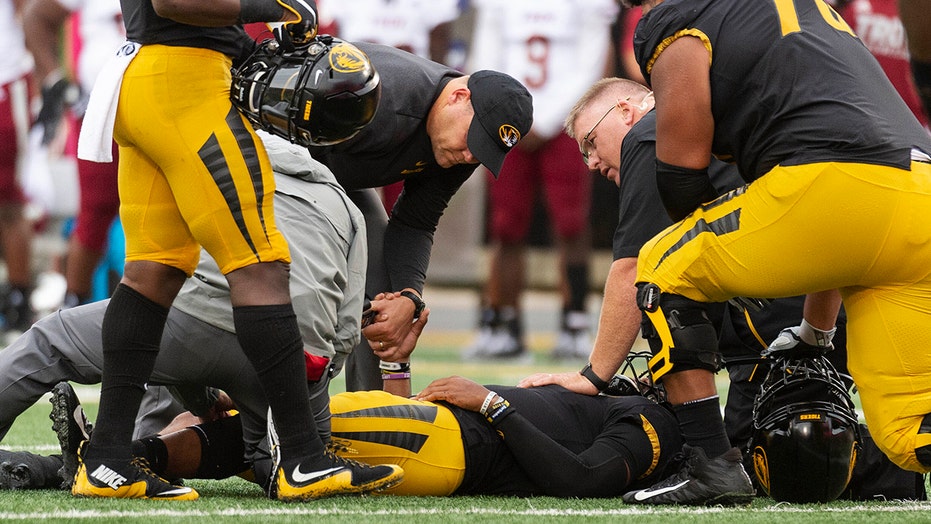 Bryant had just thrown a touchdown pass to put the Tigers up 41-7 on Troy in the first half when the quarterback took a late hit to his left leg. Bryant went down in immense pain.

RUNNING BACK TACKLES FAN WHO RAN ON THE FIELD, OFFERS HIM ICE CREAM

Bryant didn’t return to the game. He finished the game with 221 passing yards and three touchdowns.

Taylor Powell came into the game for Bryant and only attempted eight passes. The team did not score in the second half, but the 42 points were enough to give them the win.

On Sunday, the prognosis regarding Bryant was a lot more positive than it was immediately after the game.

A team spokesman told the St. Louis Post-Dispatch that Bryant suffered a knee sprain but was expected to have “full activity all this week.”

Missouri moved to 4-1 on the season with the team. The team has one win in SEC play.

While the Tigers did not receive a top-25 ranking in the latest Associated Press poll, the team received 64 votes to be included.