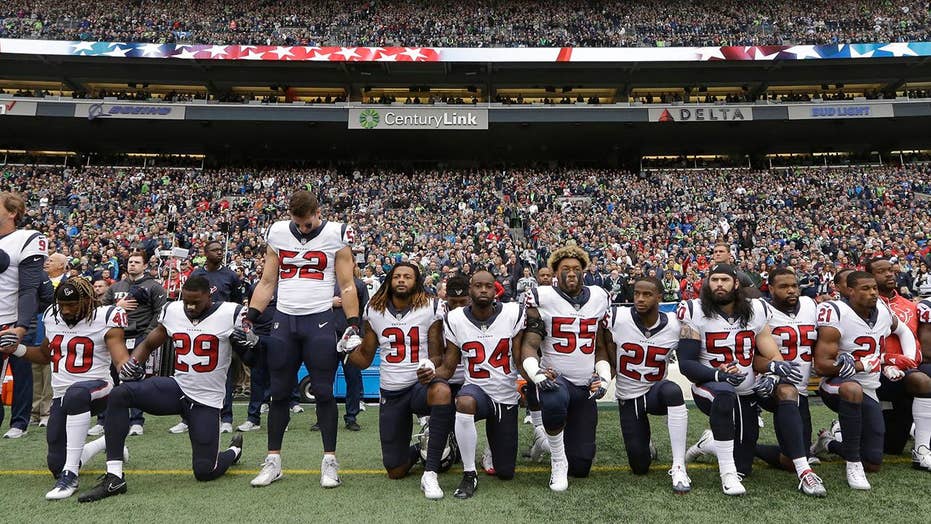 The union for NFL players filed a grievance against the league Tuesday over its national anthem policy that forbids athletes from taking a knee while on the field, arguing the new rule infringes on the athletes’ rights.

The NFL Players Association argued the new policy was implemented without consultation and was inconsistent with its collective bargaining agreement. The union said it has offered to talk to the league instead of proceeding with litigation -- and according to the NFLPA, the league agreed.

Team owners met with NFL Commissioner Roger Goodell in May and approved the new national anthem policy that allows players to protest during the anthem by remaining in the locker rooms. However, players are not allowed sit or kneel on the field or sidelines.

Teams will be subject to fines if players don't comply and will have the option of punishing players.

In 2016, then-49ers quarterback Colin Kaepernick said he kneeled during the national anthem to protest police brutality and social injustice. His moved sparked a surge of NFL protests across the country.

It was unclear when the league would meet for discussions with the union’s executive committee.