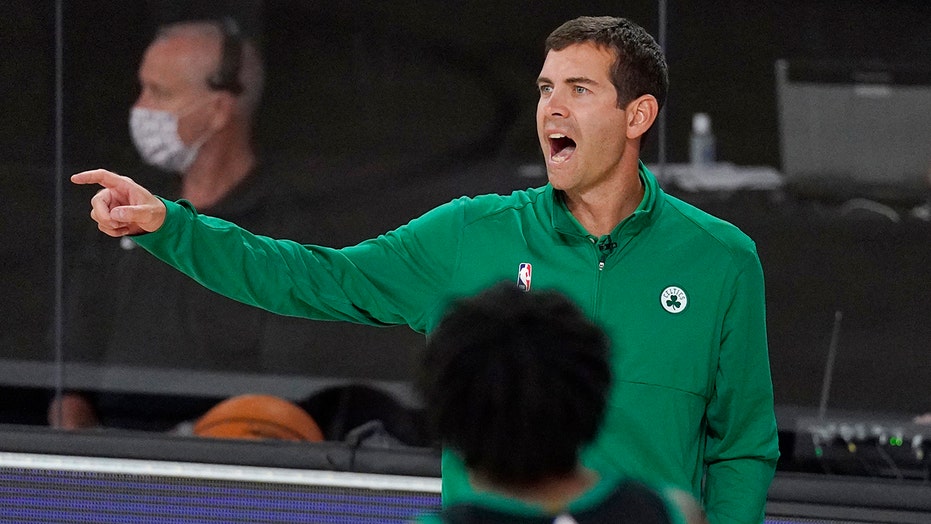 NBA coaches or other team staffers could have guests in the bubble later this month, with the league sharing final plans for such additions with teams on Tuesday.

Team staffs would be limited to a total of 10 guests, all of whom would have to begin a self-quarantining period at home immediately, then travel to Central Florida next week to begin another week of even stricter lockdown. Those guests could then enter the so-called bubble at Walt Disney World on Sept. 21, about a week before the scheduled start of the NBA Finals.

Coaches have been clamoring for this for some time. Some players were able to bring family into the bubble — following quarantines and other health certifications — starting on Aug. 31. NBA referees also had the option of bringing a guest into the bubble, though none did so.

“I’ve been involved in those conversations since May,” Boston coach Brad Stevens said. “We just found out this morning that we have 10 spots. I’ll share my own thoughts privately with the NBA and that’s all I’ll have to say about it.”

The league worked with Disney officials as well as health authorities to determine how many people could be safely allowed inside the so-called bubble. The restart began with 22 teams; by next week, only four will remain and the population drop allows room for family members and some others to enter the bubble.

Other coaches, such as Denver’s Michael Malone and Miami’s Erik Spoelstra, have spoken out publicly about their hope that the league would allow team staff to have the opportunity to bring family into the bubble. Not everyone felt it was such an important issue; Toronto’s Nick Nurse said earlier this week that he would not have brought his family to Disney if given the chance.

The 10-guest limit is per team, and no coach or staff member can bring more than four guests, the NBA said in a memo sent to teams Tuesday, a copy of which was obtained by The Associated Press. ESPN first reported on the contents of the memo.

All guests would have to follow the same protocols as others in the bubble, including daily coronavirus testing, required use of masks and other safety measures. The cost, $550 each day for each guest, would have to be covered by the team or individual staff member.

The guests would have to arrive in one group per team on Monday to begin a seven-day, in-room quarantine at a hotel selected by the NBA. There is another option for those who wish to come later, with that arrival date expected to be Sept. 22 — which would basically get guests into the bubble and out of quarantine just in time for the NBA Finals to start.

And as is the case with player guests, including children, none of the staff guests will be able to leave the NBA’s bubble. That means, among other things, they would not be able to visit Disney’s theme parks until their stay in the bubble ends.