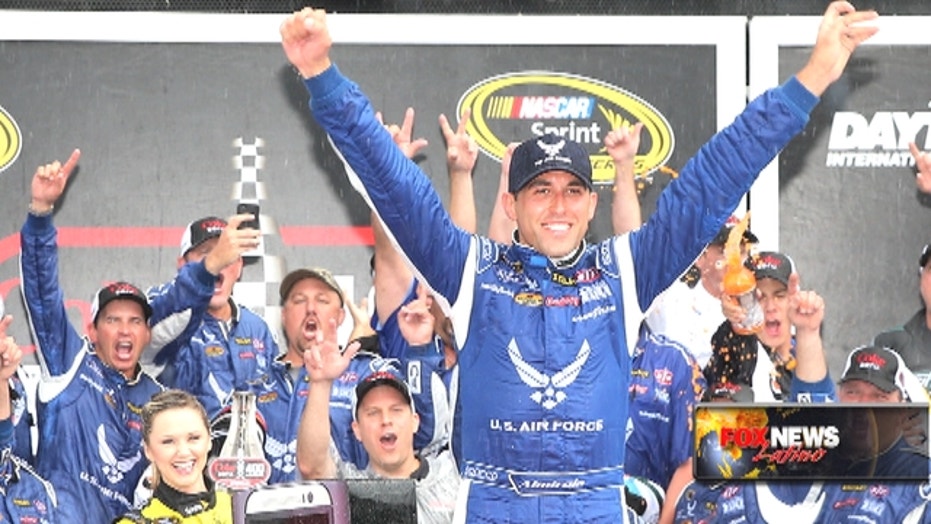 Fox News Latino spoke to the man they call the “Cuban Missile” about his victory, about racing go-karts at Daytona as a kid and about the strategy he intends to use to get him to the Chase for the Sprint Cup this September.

Daytona is a restrictor-plate raceway, which makes for a nerve-wracking experience for the racers but a great one for the fans.

“It’s really cool for the fans to be able to see all 43 cars competing three-wide, two inches apart from each other, running 200 miles an hour,” Almirola told FNL.

But for the drivers, he said, “It creates chaos.”

Almirola, 30, grew up two hours away from Daytona, so for him to win at that track was a dream come true.

“Growing up in Tampa, Florida,” he said, "I would go over to Daytona and watch the Daytona 500 and the Firecracker 400 many times as a young kid. I would always go and race my go-kart there the day after Christmas.”

The Coke Zero win just about clinches one of the 16 spots in the Chase this fall for Almirola. Does that allow him to change his strategy in the coming weeks?

You can watch Almirola go for the win next at Indianapolis’ Brickyard 400 on July 27.