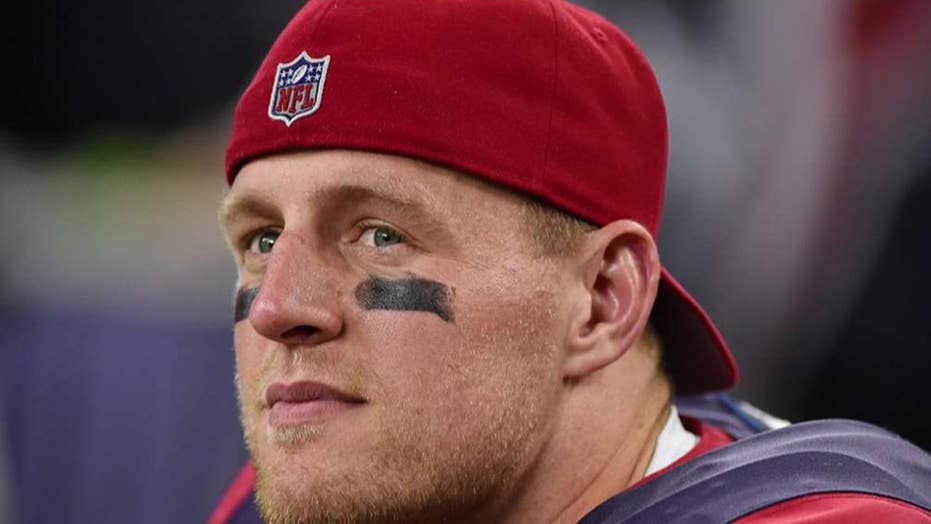 More than 70,000 people have signed a petition to rename a Texas highway after Houston Texans star  J.J. Watt due to his efforts in raising millions for Hurricane Harvey victims.

Lindsay Duke, a Houston native and petition creator, says on the website that the goal is to thank Watt for his fundraising efforts for those who had been affected by the storm, according to Click 2 Houston.

“JJ Watt has been an exemplary humanitarian and Houstonian,” the petition states. “He has given to our great city more than we could ever have asked for! As a token of our appreciation not only should (State Highway) 99 bear his number but also his name!"

The star defensive end has raised more than $18 million for Harvey victims since creating the fundraiser last weekend. In a tweet Sunday, Watt showed what his group was distributing to the people of Houston.

According to the fundraising page, hosted by crowdfunding site YouCaring, the millions of dollars raised for victims of Harvey as part of Watt's fundraiser have donated by more than 170,000 donors.

Watt said that he couldn't help but want to help in the recovery process.

"Humanity is incredible, the positive vibes are unbelievable," Watt said. "Houston, we're all thinking of you. The whole world is wishing you the best. Stay strong, we all got your back."

The petition hopes to gain 75,000 signatures before being delivered to Turner and Abbott.