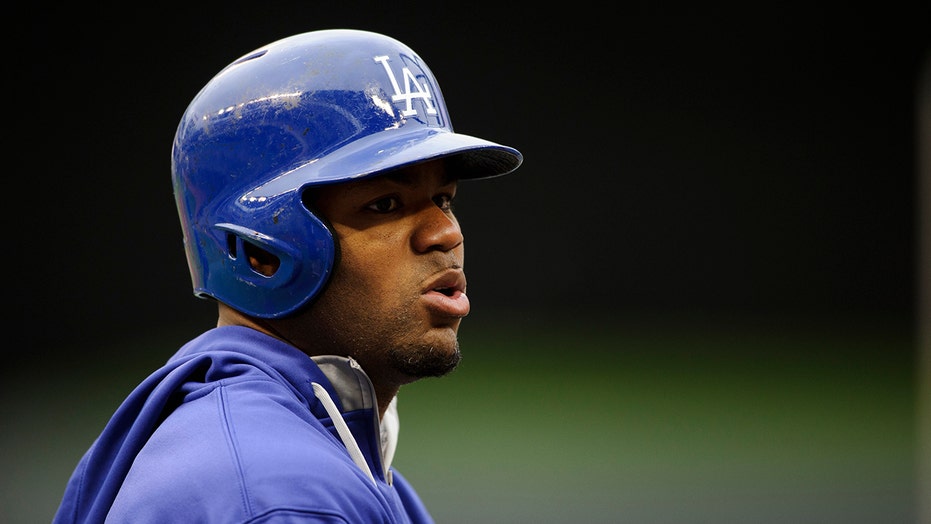 Former MLB star Carl Crawford was arrested for allegedly assaulting his ex-girlfriend during an argument over a man she had started dating, police said.

An arrest affidavit for Crawford was filed Wednesday by Houston police. According to the affidavit, Crawford went to the home of the woman on May 8, produced a handgun and demanded information on her latest relationship. Crawford reportedly unloaded the handgun in her presence.

EX-MLB ALL-STAR CARL CRAWFORD ADDRESSES DROWNINGS AT HIS HOME: 'I'M AT A LOSS FOR WORDS'

The woman told authorities the former Los Angeles Dodgers outfielder pushed her to the floor, slammed her head against the ball and choked her. Police said the woman’s 1-year-old daughter, whose father is Crawford, walked up and distracted the former baseball player.

Washington ran to call the police and Crawford fled. The affidavit stated that Crawford, who is now a record producer, began to send the woman threatening text messages.

The incident occurred a week before a woman and a child drowned at his Houston home.

He was a four-time All-Star outfielder who last played in the major league with the Dodgers. He also played for the Boston Red Sox and Tampa Bay Rays.