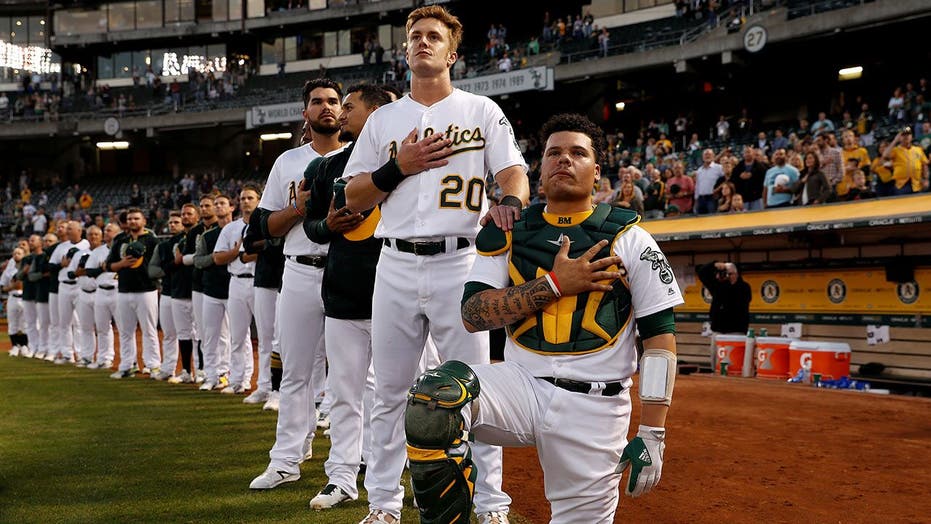 Maxwell, the first MLB player to kneel during the national anthem in 2017 following Colin Kapernicks protest in the NFL, said on the “A's Plus” podcast that he isn’t surprised that it was the last league to make a statement in regards to Floyd’s death.

"Knock me if you want, but I think MLB finally came out and said something because so many people were hounding them to say something," he said, according to the San Francisco Chronicle. "It doesn't shock me they were the last sport to say something. When I did my thing, my team supported me at the time, but MLB didn't really back me."

MLB released a statement Wednesday, nine days after Floyd died while in police custody, stating that it has “zero tolerance for racism and racial injustice.”

“The reality that the Black community lives in fear or anxiety over racial discirmination, prejudice or violence is unacceptable,” the statement continued.

Maxwell told NBC Sports earlier this month that he is still criticized for the stand he took back in 2017.

“I still have the messages,” he says. “I had a kid the other day come out on my team and just said, ‘Eff you,’ on my Instagram. He was like, ‘People like you are the problem that we have in this country.’ I had a guy reach out to me last year ... in the middle of my season, down here in Mexico, that told me that he hopes me and my family die a horrible death. … Three years and I still get it. It's the hate. It's the hate.”

Maxwell plays in the Mexican League and hasn’t played an MLB game since 2018.