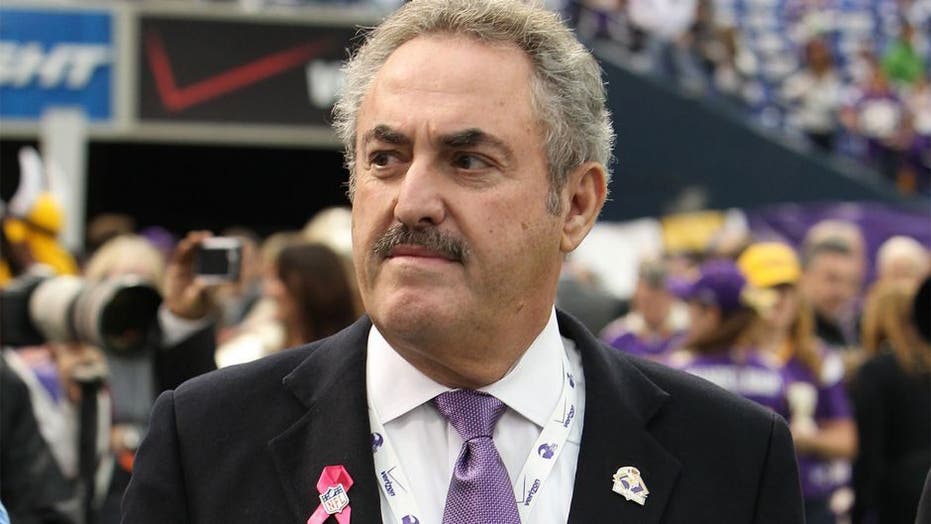 The Minnesota Vikings announced Wednesday that the organization and the Wilf family will make a $5 million donation to social justice causes across the United States. The money is expected to go to those organizations that "fight hate, racism and inequality," the team said.

The team's ownership group -- which includes team owner and chairman Zygi Wilf, owner and vice chairman Leonard Wilf, owner and team president Mark Wilf, and owner and executive vice president of strategic planning and business initiatives Jonathan Wilf -- said that “the contributions from this fund will be determined in part through collaboration with players.”

"We continue to be inspired by these players as they advocate for transformational change in this very challenging moment," Mark Wilf said in a statement. "We are proud of their efforts to use their platform in an effort to end deep-seated social injustices. Their thoughtful approach and our conversations with them have deeply moved us, certainly in large part because of our family's history and long-standing commitment to human rights, but also because of their steadfast dedication to not sit idly by when they have the ability to make a difference."

The Vikings made a previous commitment of $500,000 by the Wilf family to the Social Justice Committee over the past two years. Those funds have been directed toward scholarships for low-income students, school supplies, legal aid for disadvantaged and underrepresented populations and law enforcement relations. This donation is expected to build on that.

The Vikings also announced Wednesday an endowment for the George Floyd Legacy Scholarship with an establishing gift of $125,000 by the Vikings Social Justice Committee. Floyd died while in Minneapolis police custody on May 25 after an officer kneeled on his neck for more than eight minutes in a moment caught on cellphone video.

"Our organization and the players have shown a commitment to these causes over the last several years, but we know we need to and can do more," Zygi Wilf said. "We want this investment to support the many diverse and meaningful social justice efforts throughout our country, but it can only be one piece of our overall work toward having a sustainable impact. Our actions within our communities will be the driving force for creating profound change."