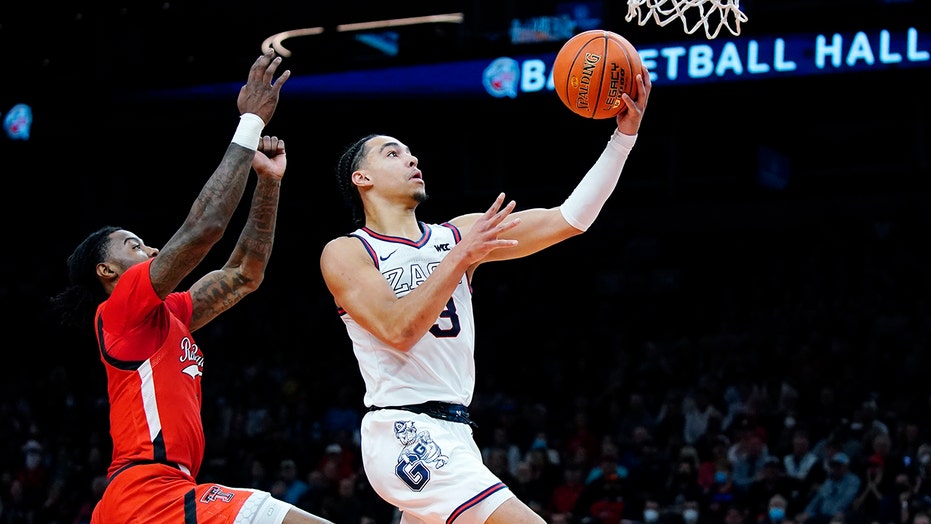 Gonzaga, Arizona, Kansas and Baylor earned the No. 1 seeds in the NCAA Tournament on Sunday. Gonzaga was named the No. 1 overall seed.

The Bulldogs claimed the top seed in the West Region, and they will square off against No. 16 Georgia State in the first round of the tournament. The Bulldogs made it to the championship last year only to lose to Baylor.

In the South Region, Arizona came away with the No. 1 seed. The Wildcats will take on the winner of Wright State and Bryant, following their play-in game before the tournament kicks off. Arizona hasn't been to the tournament since 2018 and they are a No. 1 seed for the first time since 2014.

Kansas earned the No. 1 seed in the Midwest Region. The Jayhawks will face the winner of Texas Southern and Texas A&M-CC in the first round. The last time Kansas was a No. 1 seed was in 2018. The team made it to the Final Four that year.

And in the East Region, Baylor, the defending champion, claimed a No. 1 seed for the second time in program history. The Bears will face No. 16 Norfolk State in the opening round on Thursday night. Baylor is looking to become the first repeat champion since the 2006 and 2007 Florida repeat.

The March Madness bracket came out Sunday for a tournament that begins with early-round games Tuesday and concludes with the Final Four in New Orleans on April 2. The championship game is on April 4.

MARCH MADNESS 2022: REGGIE MILLER ON WHY GONZAGA CAN WIN NCAA CHAMPIONSHIP THIS YEAR

Read below for the matchups.

Gonzaga guard Andrew Nembhard, right, goes up for a shot against Texas Tech guard Davion Warren, left, during the first half of an NCAA college basketball game at the Jerry Colangelo Classic Saturday, Dec. 18, 2021, in Phoenix. (AP Photo/Ross D. Franklin)

Kansas guard Ochai Agbaji (30) gets past TCU center Souleymane Doumbia (25) to put up a shot during the first half of an NCAA college basketball game Thursday, March 3, 2022, in Lawrence, Kan. (AP Photo/Charlie Riedel)