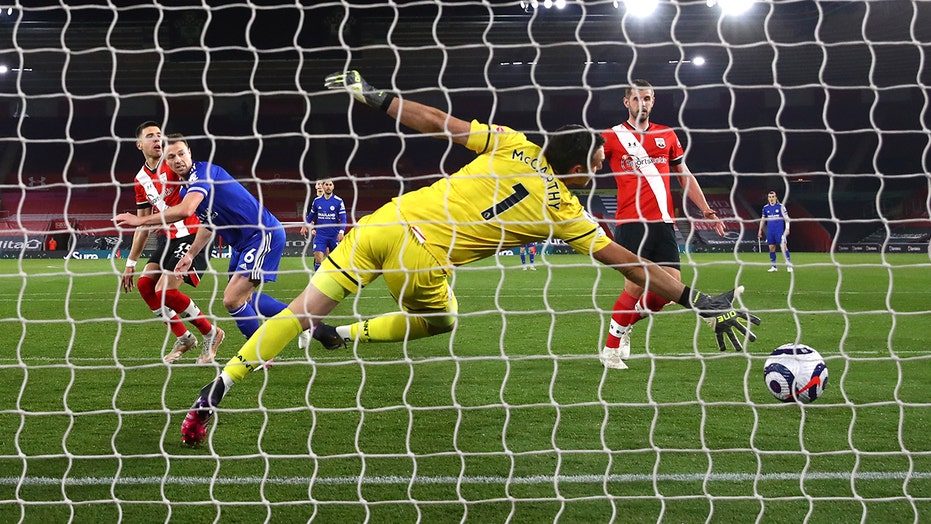 Leicester’s bid for Champions League soccer suffered a minor setback when it had to settle for a 1-1 draw with 10-man Southampton in the English Premier League on Friday.

Saints played for 80 minutes a man down after Jannik Vestergaard was sent off for bringing down Jamie Vardy on the edge of the hosts’ 18-yard box.

Brendan Rodgers' team was unable to take full advantage of the early dismissal and the result moved the Foxes eight points clear of fifth-placed West Ham in the race for European football.

A dogged Southampton extended its distance from the relegation zone to 10 points.

Leicester, which defeated its hosts 1-0 in an FA Cup semifinal less than a fortnight ago, was back at St Mary’s for the first time since record-breaking 9-0 success in October 2019.

Southampton was seeking a measure of revenge for those painful recent losses but was without injured top scorer Danny Ings, who may miss the remainder of the season with a hamstring issue suffered in last week’s loss at Tottenham.